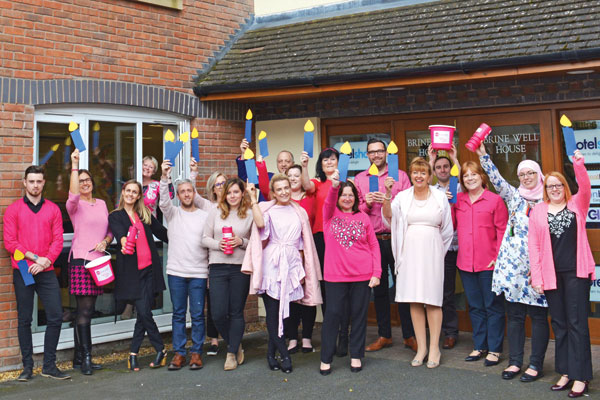 A travel agency that suffered devastating flood damage a decade ago is forecasting a record year as it marks its 18th birthday.

HotelshopUK in Droitwich Spa, Worcestershire, is on track to double its turnover in two years, from £6 million in 2015 to £12 million by the end of 2017.

Its success is particularly sweet given the business had to be rebuilt almost from scratch after losing everything, from computers and desks to paperwork, in the summer of 2007.

The company, which includes a call centre and online agency specialising in leisure breaks at about 200 UK hotels, was affected, along with almost 100 shops and homes, when twice the average monthly rainfall fell in a single day.

Owner and managing director Vivienne Findlay said: “At the time it was horrendous. We couldn’t get near our shop for days as it was under 15ft of water and the high street was closed.

“But in a lot of ways the floods did me a favour. They forced me to step back and take a breath.

“The period after the flood was one of the most difficult in my working life. It was only with the support of the team, community, local council and our strong relationships with customers and suppliers that saw us break through to the other side.”

Following the floods, the business moved into premises nearby, where it is still based today, and held staff focus groups to review its expansion strategy.

In 2011 it rebranded its leisure agency business as Great Little Breaks, under parent company HotelshopUK. It also set up a business travel division, On Business Corporate Travel Services; CustomerHubUK, which provides call centre solutions; and developed staff training and improved its business culture.

The company, which started in 1999 with four people, now employs about 50.
To mark its 18th year, the agency donated £1 per booking in October to Worcester Breast Unit Haven and staff have worn pink to support the cause. Staff have also been treated to birthday celebrations, and customers given the chance to win prizes.