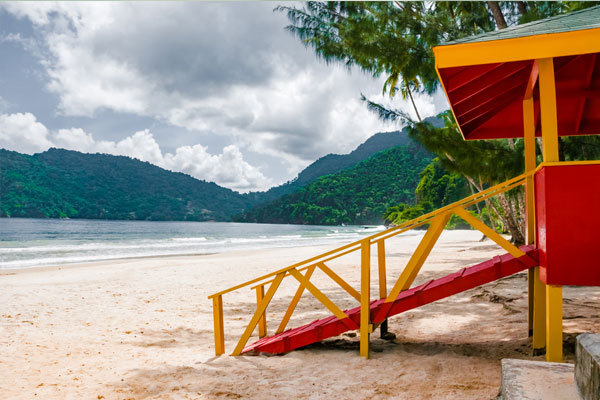 The Tobago Tourism Authority has launched its strategy for 2018 under new chief executive Louis Lewis, who joined on November 1, highlighting the importance of collaborating with the trade.

The authority launched in July as a private standalone entity with the aim of boosting tourism in Tobago and promoting the island in its own right.

Lewis, who joined from the Saint Lucia Tourist Board, told Travel Weekly that working with agents in the UK – the biggest market for Tobago – would be a key focus for the authority with fam trips and agent training on the cards.

“We recognise the importance of the travel agent in the whole decision making process and will be reaching out to specialists that fit with Tobago in order to direct business in the right places,” he said. “When it comes to fams we’re looking for qualified agents rather than focusing on volume. There was already a big focus on marketing and promotion, but now we’re focusing on strategic targeting.”

Lewis also highlighted airlift negotiation, product development, customer service training and standards improvement as among the agency’s key priorities. He said that culture would be a key focus for 2018, with the Tobago Heritage Festival celebrating its 30th anniversary and the Blue Food Festival ringing in its 20th.

The separate division marks a first for Tobago, whose marketing and promotion was previously pulled together with Trinidad under the government’s Tourism Development Company, which ceased operations on August 21.

“Now there will be a specific focus on Tobago because as much as we are one country, we are two islands separated by water with two distinct offerings,” said Nadine Stewart-Phillips, secretary of tourism, culture and transportation for the authority. We wanted to move to a point where we were more flexible, so the government doesn’t dictate what happens.”

Marketing will be further assisted via a new mapping service, which will enable clients interested in holidaying to the island to get a 360-degree view of it via images uploaded and tagged by previous visitors. The move, announced by Virgin Atlantic at a WTM press conference, marks a first in the Caribbean and is set to launch in January.