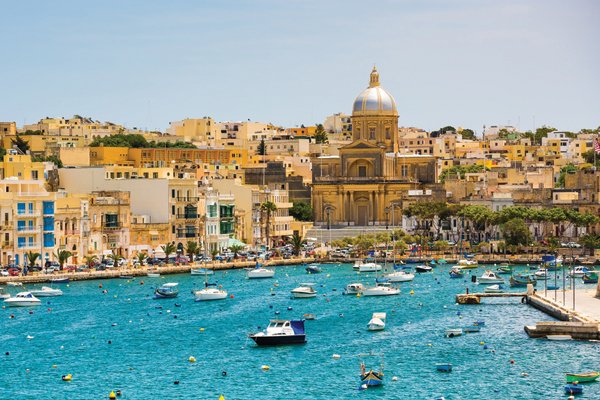 Malta’s tourism body is aiming to propel its capital Valletta into the “Premier League” of European city breaks.

The island has enjoyed a surge in overall tourist arrivals in the last three years and is set to report increased visitor numbers again this year.

The UK is no exception: 560,000 Brits travelled to the archipelago in the central Mediterranean in 2016 and this is predicted to increase by 3% by the end of 2017.

Valletta has been named the European Capital of Culture for 2018 which Vella said would raise Malta’s profile further.

“We have ambitions to escalate Valletta to the ‘Premier League’ of European city break destinations,” Vella said.

Speaking at WTM this week, chief executive of Malta Tourism Authority Paul Bugeja said the island was finally starting to shake its reputation as only serving an older market.

The number of 25-44-year-olds visiting increased 26% this year – the highest growing age range of tourists.

Air capacity is being increased with a number of new routes launching from regional airports in 2018.

Air Malta will reintroduce flights on a weekly basis from Manchester to Malta from May 1.

The route was discontinued at the start of summer 2017 but was reversed in line with Air Malta’s growth strategy.

It is one a number of new routes to launch next summer. Ryanair will begin flying to the island with two weekly flights from both Aberdeen and Belfast.

Jet2 will run one flight a week from Belfast and Birmingham and easyJet will fly twice weekly from Southend.