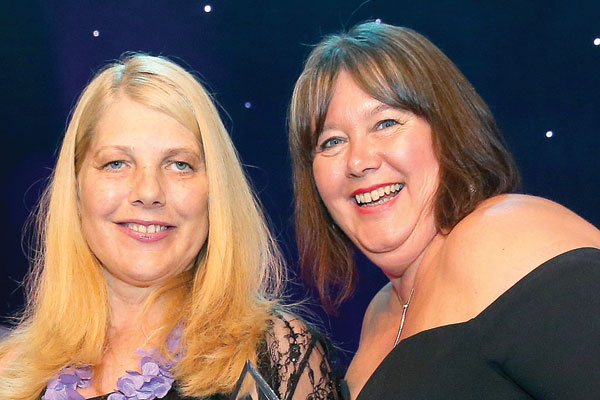 Aspen Travel is a specialist in escorted touring but has had a bumper few weeks since winning an award at the inaugural Association of Touring and Adventure Suppliers Conference last month. Ben Ireland caught up with retail manager Karen Allen.

Q: Have you always sold a lot of escorted tours at Aspen Travel?
A: It’s about half of what we sell. I think escorted touring is easy money for a travel agent. For consumers, escorted touring brands are not always ones they will recognise, but us agents have a really good knowledge of them so when someone comes in or calls us we can give them the best tour for their budget and requirements. Once someone books an escorted tour, they tend to book again, so you’ve got the customer for life. They may not necessarily choose the same operator – sometimes it’s not about the brand, but the destination – but they’ll come back to the agent if you do a good job.

Q: Are there any suppliers that you use a lot?
A: We sell a lot of Saga, Titan and Wendy Wu. We were the first UK agent to sell Wendy Wu and have been selling more than £500,000 a year for them since. We like to share the love between operators and we have an advertising space above our door. The agency has signs that go up using Velcro so we can change them easily. The operators send us one to fit the measurements so we’ve got it for life. We charge them a fee to put it up for a certain amount of time and it could coincide with another campaign. It’s great for them, as it’s quite a cheap way to advertise in a relevant spot, and it’s extra revenue for us. Some of our key supplier partners, like Wendy Wu and Emerald and Scenic, also send customers welcome home postcards that mention us as well. When we mentioned this to Saga and Avalon at the Atas conference they were really interested in getting involved.

Q: Are there any suppliers you’d like to do more with?
A: We’re very interested in Intrepid Travel. We always appreciate a visit from suppliers, so will always do what we can for the ones who come out and visit us to tell us about their product. We made a lot of new contacts with smaller suppliers at the Atas conference too. Since then, we’ve done a bit with Back-Roads Touring and Insight, which we hadn’t used much beforehand.

Q: What dd you take away from  the Atas Conference?
A: It acted as a great refresher course for us, as we already sell a lot of escorted touring. Going around and meeting all the [27] suppliers, even though we knew who most of them were, was a great way to learn more about new products. And even though we have a good knowledge of the escorted touring market we still met some suppliers we’d never heard of. For others, it opened their eyes to a lot of opportunities. I think a lot of agents there realised the potential in the sector. We shared our knowledge with some who had not done a great deal of escorted touring before. I helped one agency who was interested in Wendy Wu, and they told me a few days after that they’d made their first booking with them, for £9,000.

Q: Have you made any big bookings since the conference last month?
A: Definitely. I have sold more than £40,000 worth of escorted tours within a week or so of the conference. These included two to the Rocky Mountains in Canada, one with an Alaskan cruise included through Riviera Travel and the other with Titan. Both of them were about £10,000. I also sold an APT Mekong River cruise for £9,000, a Greek walking tour with Exodus for £2,500 and a Ledger booking for £4,000 where the gentleman will be doing an American Civil War tour.

Q: Is it hard to sell escorted touring if you’ve not sold it before?
A: I don’t think so. We have staff who have come from multiples and have had their eyes opened to it. They say ‘I’ve never sold that before’ but once they start they tend to do really well. Lisa Ward, who joined us last year from a multiple, has taken to it like a duck to water. She went on a Great Rail Journeys fam trip and loved it. She now sells a lot of destinations that she never sold before and products like river cruise that was new to her when she started here.