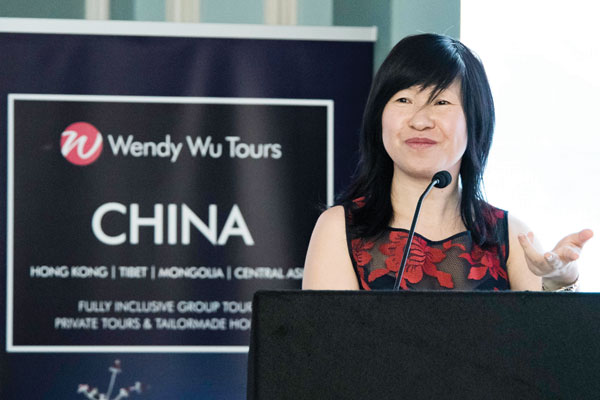 Wendy Wu Tours will be among the first tour operators to offer British holidaymakers trips to the tomb of China’s only female empress next year.

Thirty departures across four Wendy Wu itineraries ranging from 10 to 21 days will include visits to the tomb of Wu Zetian in the Qianling Mausoleum in Qian County in Shaanxi region. The tours, running from February to October, can now be booked by agents.

The addition of visits to the tomb was announced at a dinner in London last week in partnership with the Shaanxi tourist board.

Wu Zetian ruled during the Zhou dynasty, from 690 to 705, and was known as a ruthless tyrant, though recent research suggests she played a major role in shaping China’s culture, military and the economy.

Tours of the exterior of the empress’s tomb will be led by an experienced local guide.

Groups of between 20 to 22 people will then be taken to another site to see the Terracotta Warriors.

Wendy Wu, founder and chairperson of Wendy Wu Tours, won an award in September for her contribution to Shaanxi tourism.

She said: “There was only one female empress and although she was not from Shaanxi she ruled over the powerful region.

“We will be among the first  tour groups to take foreign tourists to the site. It is only Chinese tourists that know where it is.”

Wendy Wu Tours is also hoping to be among the first operators to offer tours to the world’s largest wild panda reserve in Shaanxi province once it is built next year.