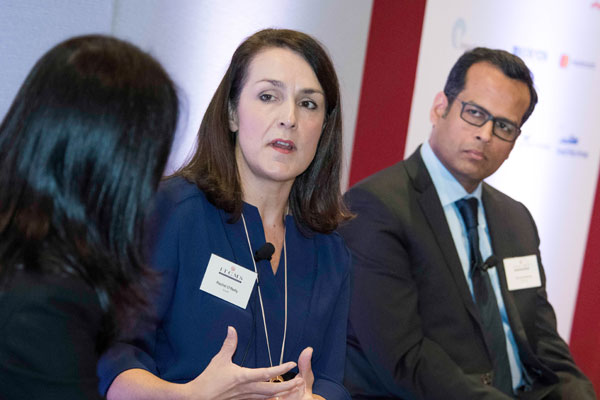 ‘In a crisis? communicate well and make it personal’

Brands were advised to “over-communicate” in a crisis and “be decent” if they are to be judged favourably in the court of public opinion.

Her advice was echoed by David Tarsh, managing director at Tarsh Consulting and a spokesman for analytics firm ForwardKeys.

“Be decent,” he said. “That runs right through everything in communications. If you are not a good communicator it will show.”

Tarsh advised delegates to sack lawyers who advise against offering an apology in the event of an incident that causes harm to their customers.

“Don’t listen to lawyers because what they are thinking is about way down the track after the crisis is finished that you are going to be in a court of law,” he said.

“The fact is in the moment of a crisis you are not in a court of law, you are in the court of public opinion, and silence is as much as an admission of guilt.

“Don’t not do anything. Silence is always misinterpreted. You have to make a statement. Saying nothing to not give credibility to something is not a strategy.”

O’Reilly said brands needed to be on the front foot and that the chief executive is not necessarily always the right spokesperson.

She said communications should be kept simple and the media should be regarded as an ally. “Don’t treat journalists as an enemy,” she said.

Having board-level buy-in to any crisis plan is crucial to successfully surviving as a company, experts told delegates.

“If your board has not bought in to what you are doing and is not empowering your people to make decisions you are on to a loser.”

Kolatsis said lawyers need to be at the centre of pre-crisis preparation.

“You don’t want to meet me in the middle of a crisis; you want me to know your brand values.”

Jennifer Tombaugh, president of tour operator Tauck, said: “Safety and security is important, but it all comes down to values and brand identity.

Speakers said crisis plans need to be tested against real-life scenarios but be flexible enough to cope with scenarios that are unpredictable.

People are particularly vulnerable to attacks from cyber criminals and state-backed hackers when travelling due to the devices they carry and using unsecure Wi-Fi networks.

Jens Monrad, senior intelligence analyst at FireEye, said while many emerging nations were investing heavily in offensive cyber capabilities, too few were focusing on defensive systems.

He warned that not all hackers were after money, with many, particularly those who are state‑backed, seeking confidential information to use to their advantage.

“When we look at travel, this is where we are vulnerable. At home I have a secure environment, I can lock my doors,” Monrad said.

“When we are travelling we are very vulnerable. This is something we are seeing cyber criminals and hostile states taking advantage of.”

The hospitality sector is particularly vulnerable to attack because front desk operatives are easily duped into opening emails they think are bookings or other customer enquiries.

Hotel guests are also vulnerable when they use open Wi-Fi networks because it is simple and cheap for cyber criminals to set up a parallel network and fool people into logging on.

Monrad offered three key tips to keeping secure when travelling: “First, be aware of your surroundings.

“You hear conversations in public places all the time that include information criminals can use to get access to your business and your customers.

“Second, do not trust open networks. If you need to connect to the internet use a virtual private network to make sure communications on your device are encrypted. Open networks are open to everybody.

Social media puts firms on back foot in times of crisis

Brands are in a race against time to set the agenda when a crisis happens due to social media.

Chinmai Sharma, chief revenue officer at Taj Hotels, which was at the centre of the Mumbai terrorist massacre in 2008, set out the timeline of a typical crisis.

He said within five minutes the first reports will appear on social media.

Within 20 minutes posts on Facebook and Twitter will already have been shared up to nine million times. If firms have not grasped the story within an hour, rumour will become truth.

Sharma said in India anything that happens with such a well‑known brand like Taj “spreads like wildfire” online due to so many people having web-connected devices.

He said since 2008 Taj Hotels had used social media ‘listening’ technology, which has reduced response times from 24 hours to 15 minutes. “Timing is super-important. We pick up noise [about our brand] really early,” said Sharma.

‘Aviation industry must learn to collaborate’

Collaboration is the biggest challenge the aviation sector faces when crises happen, according to Amadeus’s Rob Sinclair-Barnes.

The strategic marketing director of the airlines division at Amadeus, the company that operates the technology that sits behind many airlines, said firms must become comfortable sharing data.

“It’s not about stealing your customers,” he said. “Customers will come to you for the quality of your service, not because you have their email address.”

Sinclair-Barnes said disruption in the airline business represents a direct cost to the sector of $60 billion a year or 8% of total global revenues.

This figure does not include the knock-on impact

“The world works on the flow of people. You block that up and very quickly passengers start to overflow. Our goal is to make sure everyone in travel gives better customer service.

“Collaboration is easy to say but very hard to do. Everyone asks who owns the passenger? We need to get over that. Information sharing across the world is the biggest challenge in our industry. Without collaborating we won’t go anywhere as an industry.”

Amadeus has developed a crisis management product for airlines, which Qantas uses in Sydney and has been shown to deal with 3,000 passengers in just 75 minutes. It is now being rolled out globally.