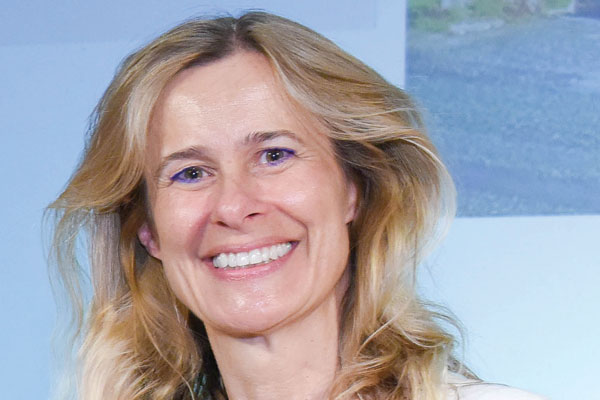 At Travel Weekly’s Mature Travel lunch, the conversation revolved around (among a host of other subjects) the thorny issue of what word to use when describing those who are a little longer in the tooth.

Old? It’s a word that is somewhat derogatory and hardly politically correct. Ageing? Even worse — it sounds like a most unpleasant journey.

Mature? That implies a certain wisdom with the passing of the years, but some feel it is better suited to fruit and wine.

How about silver? That’s our preference at Silver Travel Advisor, with its gentle reference to the changing colour of hair, and with a touch of class.

It’s also the term coined in expressions such as ‘silver surfers’, which has become very much the accepted norm.

Our speaker at the lunch was Judith Holder, the comedy writer and TV producer of the international hit series Grumpy Old Women.

She is also responsible for having sent Joanna Lumley to a desert island, Billy Connolly to the Arctic and Lenny Henry to the Amazon, so she is well versed on travel for the slightly more mature celebrity.

Judith had her own suggestions on the correct terminology for older folk. ‘How about The Not Dead Yets?’ Was her opening gambit. Or old gits? Or  the unfortunate, but amusing, acronym ARSY (Active Retired Still Young).

However, Judith’s favourite was Grumpy, with its implications of mischievousness and masses of attitude. This word brings in a  touch of humour to dispel notions of negativity associated with old age.

Growing old is not how it was for our parents, she explained. Today’s older people may have a Holland & Barratt reward card and have considered a travel kettle, but that doesn’t mean they’re living a life in beige, waiting to shuffle off to the great Scrabble board in the sky.

These days, the over-60s are more likely to be at Glastonbury, or A&E nursing a Zumba injury, ticking off bucket lists and dyeing their hair bright purple, than going to a whist drive.

The Baby Boomer generation invented sex, drugs and rock and roll, and they are hitting older age by throwing away the rule book, tearing up the old age road map and reinventing it big time.

As the author of Grumpy Old Holidays, Judith was adamant that “drop and flop” is not often on silver travellers’ wish list, experiences being the order of the day.

They are in the mood to learn new skills and get out of their comfort zone.
She welcomed the advent of e-bikes as the new rock and roll, along with jiving holidays, wild swimming holidays and digital detoxes.

Older singles want to meet potential dates who don’t look like Father Christmas (both genders), to be with people their own age and meet fellow travellers in life.

Judith’s final words were a mantra we could all do well to adhere to.

Older people want many of the same things as their younger counterparts: value for money, efficiency, comfort, some humour and, above all, honesty.