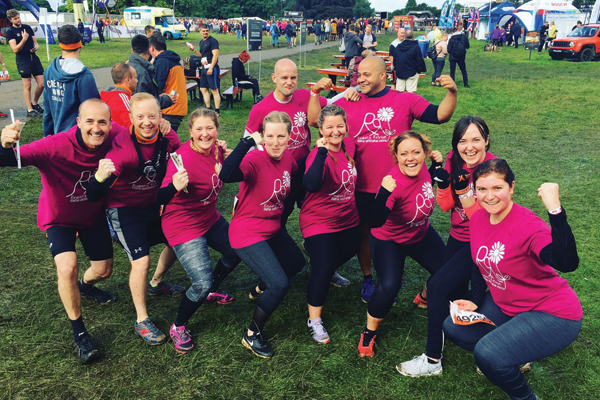 Travel Counsellors has launched an official year-long partnership with charity Reuben’s Retreat as it reveals plans to give the equivalent of at least 1% of annual operating profits in time and money to good causes.

It is the first time the group has entered into an official agreement to support a charity in this way.

The pledge is worth £200,000 in terms of monies raised and time donated through employees’ paid charitable days.

Reuben’s Retreat supports and offers counselling to families of children with life-threatening or life-limiting illnesses and is embarking on the fourth phase of a 10-phase £3.5 million renovation project to complete its retreat in Glossop, Derbyshire.

Travel Counsellors will also partner with The Travel Foundation to support sustainable travel and is sponsoring a customer, Nadia Clarke, who has cerebral palsy and is deaf, to go on trips and become a brand ambassador for Travel Counsellors.

Chief executive Steve Byrne said all three partnerships form part of its efforts to give back to local communities and customers in 2018.

He said: “We want to get to a point where the company is giving time and money worth the equivalent of at least 1% of our annual operating profits.

“We think it’s important to give back and make a difference outside of Travel Counsellors.

“I don’t think there is any limit to what we would be able to raise for Reuben’s Retreat. We wanted a cause that means something to Travel Counsellors.”

It will channel all fundraising efforts in 2018 into Reuben’s Retreat, set up by Nicola and Mike Graham following the death of their son Reuben in 2012. Mike now works at Travel Counsellors as head of sales promotion.

Nicola said: “We are thrilled. Their support will have a huge impact on our renovation in 2018.”

The group has a series of events planned for head office staff, of which there are 280 in the UK, and its 1,100 home-based UK agents.

Paid staff have three charitable days per year which they can use for voluntary or fundraising work. It will also donate breaks to families supported by Reuben’s Retreat.