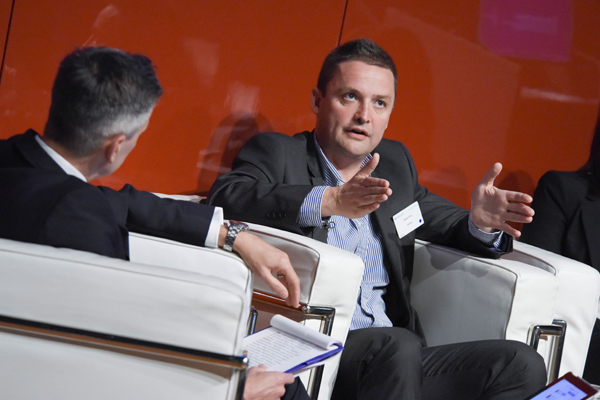 Collective responses, whether to waste or regulation, will benefit us all in the long run, says Kane Pirie, managing director of Vivid Travel

Distractions are dangerous. The country is divided over Brexit, but perhaps we can all agree its fermentation into a national obsession carries risks.

Most of the time people worry about the wrong things and that is certainly true in the travel industry.

In a prior incarnation, outside a meeting at the European Commission about Package Travel Regulations, the now chief executive of easyJet Johan Lundgren was getting quite annoyed. I could detect this as he emphasised each word by poking me in the chest.

I asked him what he thought he was doing (or words to that effect) and he replied “my job”. I suppose we both were. We were each lobbying for regulation that favoured our own businesses, economically, to help us grow profits and shareholder value.

Of course, that approach is a feature of capitalism, but it is also one-dimensional and divisive. If all we lobby on is regulatory reform, we will never lobby effectively with one voice. Governments must sicken of the pantomime-like predictability of the position of the various parties.

While I can only admire Abta’s tenacity, I also see the futility in the association heroically lobbying for a reduction in APD year after year, like the ghost of Leonidas, doomed to fight and lose the same battle for ever.

Our children and grandchildren won’t give a monkeys about any of the above.

Our collective failure to tackle environmental issues will be on a different scale to our individual successes. It will be epic, covering the globe and lasting millennia.

Plastic is spilling into our seas at ever greater rates, poisoning living things and the food chain itself. Is our national dish now fish, chips and plastic?

It’s traditional at this time of year to make predictions for the next 12 months.

That’s fine, but it’s very short-term. What about the next 12 years or 120 years? Who will want to lie on a dirty, rubbish strewn beach next to a lifeless, toxic ‘soup’? Let alone swim in it.

Which industry, fishing aside, will be more devastated than travel by the ruin of the seas?

Prime minister Theresa May’s pledge to eliminate the UK’s plastic waste by 2042 is pathetic. It’s tantamount to surrender. We need action now. We need the industry to come together like never before. Cue Abta.

We will also all need to make changes in our own businesses. At Vivid Travel we already support the conservation charity World Land Trust and I will be asking them to identify the best charity to tackle the problem of plastic in the seas.

From January 1, 2019, we will levy our own ‘plastic tax’ as a surcharge on any airline that uses plastic in its inflight service – unless that plastic is either biodegradable or 100% recycled – and we will donate 100% of the plastic tax to the designated charity.

While I believe we are the first travel retailer to do this I recognise it is a small step. Still, it’s better than doing nothing. What are you going to do?