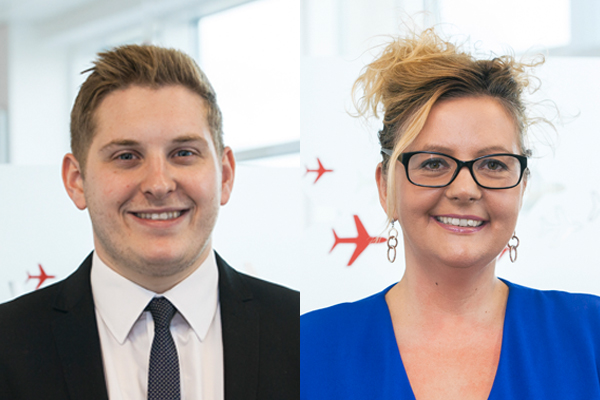 Cross, son of head of trade Alan, has worked at Jet2.com and Jet2holidays since 2013, having started in the company’s sales centre. He joined the trade team as a sales executive in 2014 covering the North East of England and Cumbria and in his new role will now be responsible for managing a team of sales executives and senior sales executives to boost sales among independent agents.

Leiza Sullivan has stepped up to the role of senior sales executive, taking responsibility for managing trade relations with independent travel agency partners across West Yorkshire and Lancashire. She joined the operator in 2012 and worked in the company’s airports and tourism organisations team before joining the trade team in 2016.

Alan Cross, head of trade at Jet2holidays said: “This is a fantastic opportunity for hungry and passionate people to join our award-winning trade sales team. By working together with independent travel agents to help them grow their businesses, we are enjoying tremendous success and that is reflected by these two well-deserved promotions that we are announcing today.”