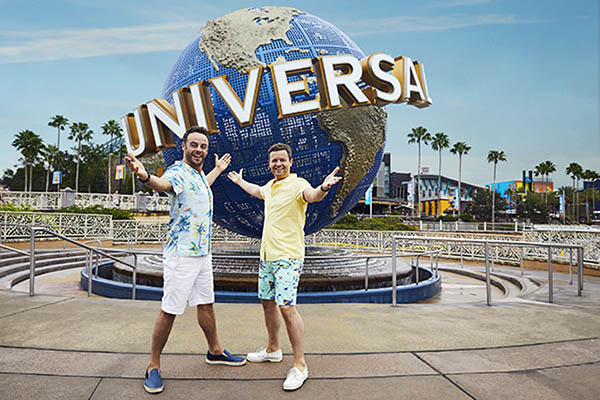 Universal Orlando Resort will host the live finale of Ant & Dec’s Saturday Night Takeaway, it was revealed in the show’s first broadcast of the series.

The seventh and final episode of the series will be filmed at Universal CityWalk in the Orlando theme park on April 7, and is set to feature stunts, star guests and surprise appearances.

The partnership was announced by the Geordie duo on Saturday in a sequence that featured well-known characters from the Orlando parks, including Minions, The Simpsons and film franchise Madagascar.

“We believe that together we form the perfect combination for their audience.”

Virgin Holidays has announced plans to charter an aircraft to fly more than 200 winning viewers to be in the audience for the filming of the live show.