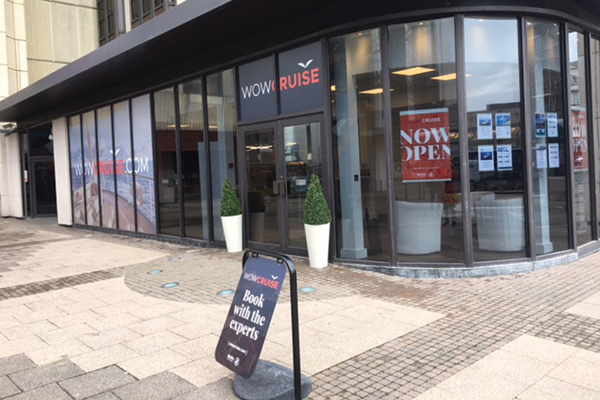 A new cruise-only high street travel agency in Wales plans to open three more stores in the UK as it gears up for its official launch.

WOWcruise in Wood Street, Cardiff, which claims to be Wales’ only high street agency exclusively selling cruise, has been set up by George Johnson, the former managing director of Leisuretime, which specialises in coach holidays, cruises and short breaks.

Johnson has ambitions to open WOWcruise stores in London, Manchester and Scotland over the next five years.

The shop had a soft launch in November and features an interactive ‘Experience Centre’, where customers can see what it’s like on board a cruise ship via virtual reality headsets.

The majority of sales currently come through a call centre located at the back of the shop or via online enquiries.

An official launch event will take place on April 14 where customers, suppliers and local businesses will have the opportunity to meet the WOWcruise team and take a virtual reality tour around a ship.
Cruise suppliers set to attend the event include Royal Caribbean Cruises, Celebrity Cruises, MSC Cruises and Cruising Excursions.

WOWcruise expects about 200 people to attend during the day.

“With the way the market has gone over the last few years, he saw an opportunity.”

Johnson set up parent company Anytime Travel Group to launch WOWcruise, which is a member of Hays Travel Independence Group, and has plans to launch a luxury or resort arm to the business in the future.

The shop employs three other staff and is recruiting four more: a product manager, an online manager and two sales staff.