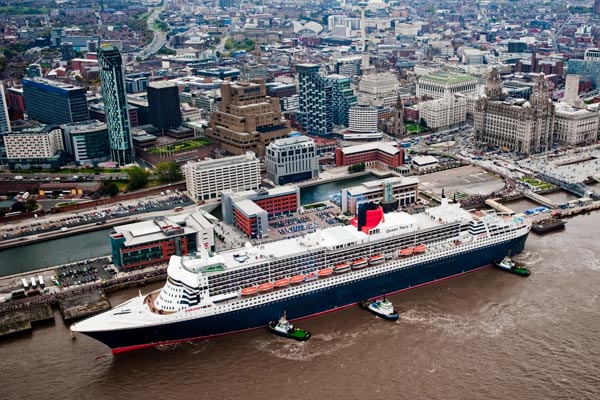 The £50 million facility, which could open as soon as 2020, will enable the port to handle turnarounds by vessels as large as P&O Cruises’ 3,600-passenger ships. The port’s current limit for turnarounds is 1,200 passengers.

The terminal will be built on a suspended deck on the River Mersey, replacing the existing terminal on Princes Parade, which handled 61 ship visits in 2016.

Agents in the northwest said the terminal will help attract new-to-cruise passengers to sail from Liverpool rather than drive five hours to Southampton.

John Cooper, brand director at Liverpool-based Vision Cruise, said: “[The existing cruise terminal] has been able to take some smaller ships like those of Fred Olsen and Cruise & Maritime Voyages, but now [the port] wants to get the bigger ships in.

“It is good news for the whole industry, from the Midlands to Scotland. It is great news for the city because it means we do not have to go down to Southampton.”

Carol Kirkham, of Preston-based agency Kirkham Travel, said: “You cannot always sell a brand to a client. It is sometimes easier to sell an embarkation port.

“Hopefully, it will mean that people who have not cruised before will want to cruise from Liverpool.”

Elaine Barnes, of Andersons Travel Worldchoice in Birkenhead, said ex-Liverpool sailings accounted for about 10% of its cruise business.

She said: “We are short of itineraries out of Liverpool. If we can get Royal Caribbean, Celebrity Cruises and Cunard, we could be going up to 60% or 70%.”

In addition to the £50 million to fund the terminal, £32 million will be spent upgrading the A565 road to support the new terminal.

The design of the new terminal is subject to final approval.