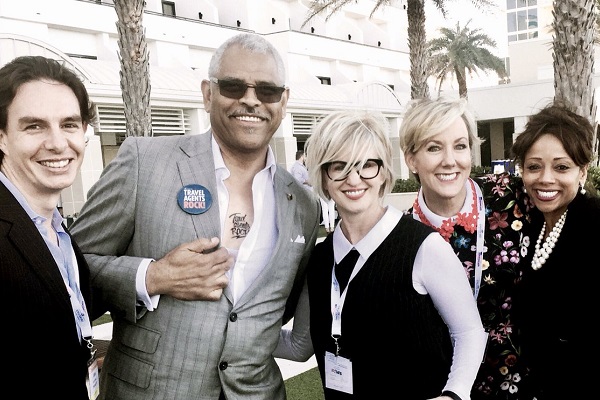 Picture courtesy of Stacy Shaw, of Virgin Voyages, via Twitter

Donald, one of the keynote speakers at the three-day event in Fort Lauderdale, US, was pictured smiling with his shirt unbuttoned, showing the tattoo. 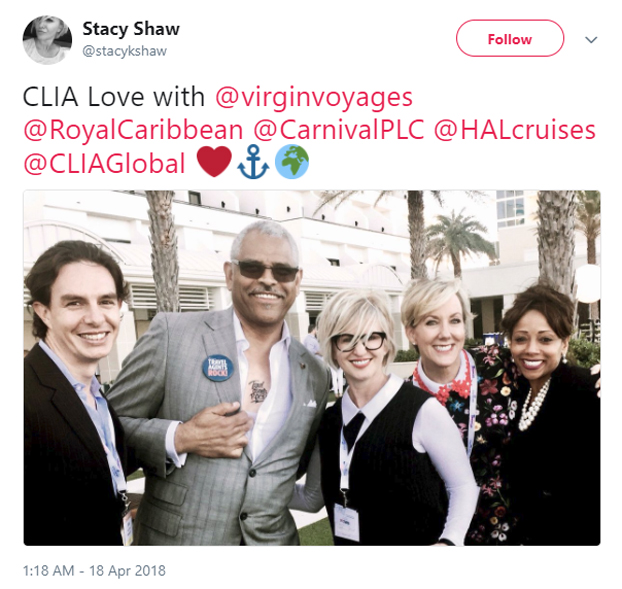 However, Donald’s effort is unlikely to cause quite as much of a stir after Carnival Cruise Line confirmed to Travel Weekly it was a temporary tattoo.

Travel Agents Rock is the the tag line for the cruise company’s trade campaign in the UK.