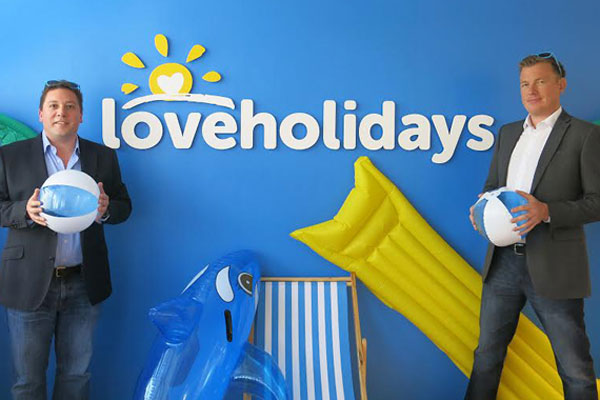 Loveholidays will grow its long-haul business and launch in other countries after being sold to private equity investor Livingbridge.

The online travel agent, which was founded in 2012, has been one of the UK’s fastest-growing travel firms and is now the sixth-biggest Atol-holder. It is licensed to carry just over 800,000 customers a year, fewer than On the Beach (1.3 million) but more than Travel Republic (610,000).

The company’s founders, Alex Francis and Jonny Marsh, and the senior team will remain in place.

Speaking to Travel Weekly, co‑founder and chief executive Francis said: “We are still exploring further growth opportunities, which will include long-haul. We believe with Livingbridge’s support we can continue this.”

Francis would not confirm the value of the deal but it is rumoured to be about £180 million.

He said the company was still exploring options in terms of international expansion.

Asked why he thought Loveholidays had been so successful, Francis said: “We do things a little differently. We believe everything is possible and that a lot can be achieved in a day. When we started, everyone in the industry said what we wanted to do was impossible and there was an incredible lethargy.

“‘That’s just the way it is’ was what we heard the most.

“We’ve really disrupted how things are done and believe it’s making us and everyone we work with better every day.”

He also praised the Loveholidays team and all its partners.

“We are very different to everyone else in the industry, but they’ve put up with our demands and we are grateful to them for their support,” Francis added.

Livingbridge owns Sykes Cottages and is a former investor in rival OTA On the Beach, which floated on the stock exchange in 2015.

Loveholidays employs 250 people and reports a total transaction  value of more than £300 million.