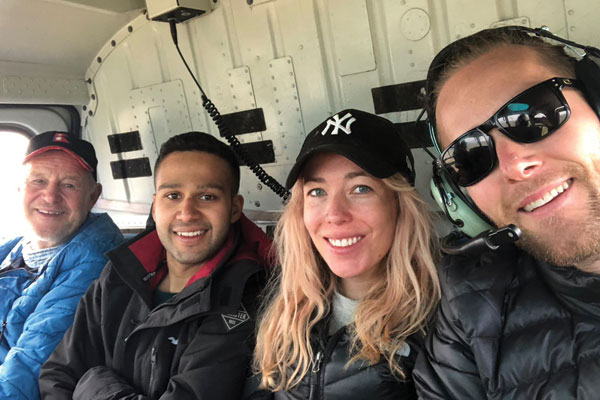 A group of travellers are grateful they booked their trip through a travel agent after finding themselves stranded at Everest Base Camp.

Travel Counsellors agent Robert Kiernan, of Brighton, woke up to an email from 11 clients in Nepal with wellness and adventure supplier RaLu Retreats, whose flights had been cancelled last month.

He started juggling calls between Travel Counsellors’ 24/7 support and health and safety teams in Manchester, insurers, the group and the destination management company in Nepal.

With the group desperate to return, flights cancelled at Nepalese airport Lukla, and no room for 11 on a return flight for five days, Kiernan set about arranging two helicopters.

“It was crucial they got back,” he said. “But there were so many things to consider in so little time. Was it safe to travel? Were the helicopters able to fly in the bad weather? We went for two helicopters and thought the [clients] would race through Kathmandu airport, Home Alone-style.”

But there was more bad news. Due to poor weather the helicopters were unable to land until the following morning.

Fortunately the ground handlers convinced the desk at Kathmandu airport to extend the check-in, but five of the group in one helicopter were stopped by air traffic control. As the first group boarded the aircraft it became clear the second were not going to make it.

Travel Counsellors’ support team, which covered the cost, found five seats on a later flight and the passengers returned safely in two waves. Kiernan checked his emails at 7am the next day. He said: “I had three: one that said ‘we made it’, another that said the second group missed the flight, and a third that said they were rebooked.

He added: “When something like this happens you have to drop everything, professional and personal. But we got them back safely, and that’s what’s important.”