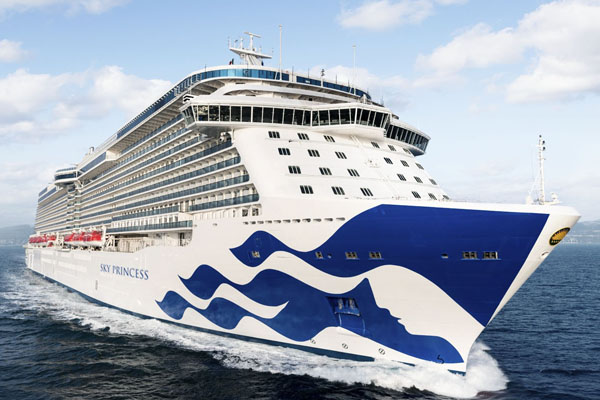 Princess Cruises is to offer £1 per passenger deposits for one day only next week.

The deal will run on Wednesday (June 13) and apply to sailings departing on or after January 1, 2019.

The low-deposit offer can be combined with an existing ‘Three for Free’ deal comprising up to $200 shore excursion spending money per person, a complimentary speciality dining experience and a bottle of wine on select sailings.

June 13 marks the fifth anniversary of the launch of 3,560-passenger Royal Princess, christened in Southampton by the Duchess of Cambridge.

Included in the £1 deposit offer are all 2019 cruises on Royal Princess including a 14-night Caribbean voyage leading in at £1,856pp departing on January 12.

Also included are all 2019 cruises on Sapphire Princess, which will be sailing from Southampton to southern and northern Europe from April to October.

Other destinations include Japan, Australia, New Zealand, Alaska and Antarctica.

UK and Europe vice president Tony Roberts said: “June 13 is a milestone date in the Princess calendar as we fondly remember the launch of Royal Princess in Southampton five years ago. So what better way to mark it then by giving everyone the chance to book a 2019 or 2020 cruise for only £1.

“From next year Princess will sail to all seven continents of the world, so regardless of where you want to travel we have a cruise to suit you.”