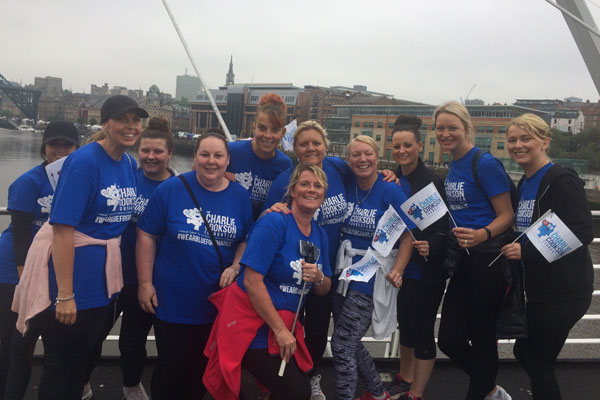 Faye Robinson, of Hays’ Middlesbrough store, and Debbie Howe, manager of the South Shields branch, have won the apprentice of the year and making a difference in the community awards respectively at The North East Employee of the Year 2018.

Robinson, 17, has worked for Hays for less than a year and is about to embark on the second year of her apprenticeship.

She said: “It was overwhelming to win. I have always wanted to be a travel agent and came here last year straight from school. I love selling holidays; it’s a happy job and puts a smile on people’s faces.”

Howe is the aunt of Charlie Cookson, who died in 2013 after muscle and bone problems, a blood disorder and suffering respiratory issues and seizures.

The Charlie Cookson Foundation is one of several causes supported by the branch. Recently, staff joined 21 employees from Hays who walked 14 miles from Sunderland Football Club to Newcastle Football Club, raising more than £2,000 for the foundation.

Howe said: “This award means a lot because we do a lot as a branch for charity and as a team we are all passionate about it. I’m over the moon to be recognised in this way.”