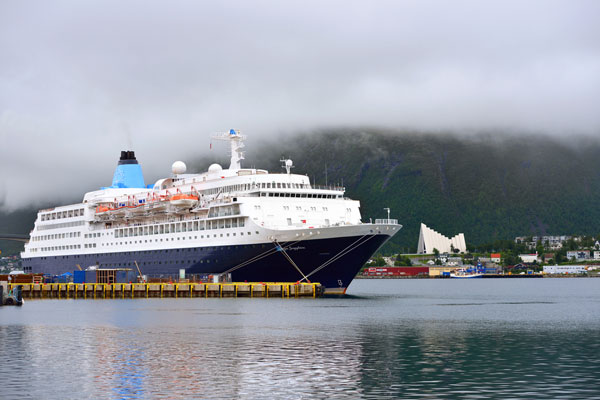 The cruise will run between May 6 and June 8, with the ship’s final port of call being Gibraltar, marking the start of a farewell party for up to 720 guests and 415 crew before its last return to Southampton.

The itinerary takes in Valletta, Messina, Alexandria, Israel, the Greek islands, Athens and Istanbul and has been scheduled after a 15-night circumnavigation of the British Isles from Dover.

The vessel, which entered service with Saga in 2012, will also undertake a Baltic cruise as well as itineraries to Norway and a 19-night Spain and Portugal sailing.
Prices lead in at £1,377 per person for an eight-night Scandinavia Vistas sailing from Dover on March 15, 2020.

The Grand Finale costs from £7,900 from Southampton.

The ship first entered service in 1982 and has operated in various guises for different cruise companies.

Saga Sapphire is being retired as the company introduces its two new ships, 999-passenger Spirit of Discovery in July next year and Spirit of Adventure in summer 2020.