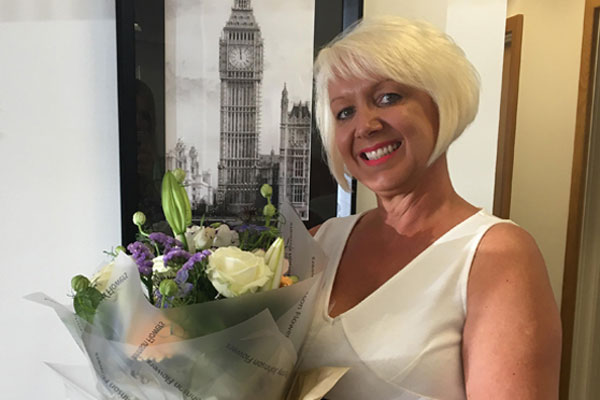 Albutt, the consortium’s longest-serving member of staff, received flowers, a certificate and some spending money towards a holiday to mark reaching the 30 year mark.

She started at Elite, then called the Midconsort Travel Group, as secretary.

She said: “I was 16 and straight out of school. It was just me and the chief executive Tony Walker and we were based in a small office above a travel agency member called Reliance Travel in Hodge Hill in Birmingham. There were just two of us so I was a jack of all trades!”

Over the years Albutt has worked in different roles for a variety of chief executives including Sue Foxall, Chartles Eftichiou and Neil Basnett. Basnett stood down in April and has yet to be replaced.

She added: “I love my job and I love the people – I have made so many friends here over the years and a lot of agents have known me since I was 16 when I first started.”