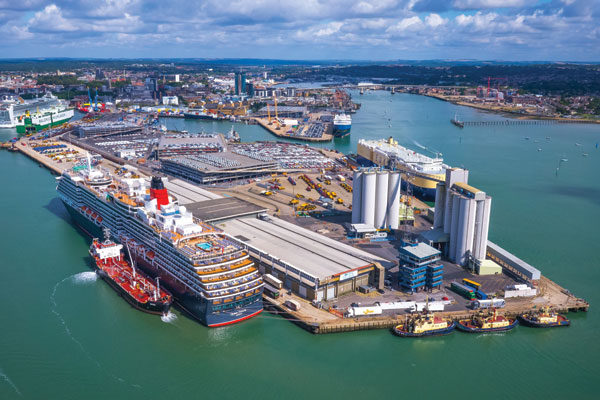 Clia is setting up an expert security team after an investigation into Britain’s busiest cruise port was leaked, revealing knives, bombs and guns got past checks.

The report followed a two‑day security examination of Profile Security Services, the organisation that handles security at Southampton, last July. It was commissioned by Associated British Ports (ABP).

Details of the report, published by The Sun this week, showed that more than 80% of attempts to smuggle weapons through security were successful, despite X-ray and pat-down searches. Investigators posing as passengers were able to access restricted areas across Southampton’s four terminals: Mayflower, Ocean, QE2 and City.

Andy Harmer, UK and Ireland director of Clia and its senior vice-president of membership, said: “We are setting up a team of [security] experts from our Clia Europe office in Brussels who will speak to the Department for Transport about the issues that this report raises.”

Harmer added that Clia had briefed cruise line and agent members with suggested responses to The Sun’s story about the leaked report, should customers raise concerns, and said information had been added to the Clia website.

A Clia spokeswoman said the industry body would also be meeting with ABP to address its concerns over the report.

She said: “All our members operate very high levels of security and will continue to do so. Passengers should be confident we put their safety first.”

ABP said failings in the system had been corrected over the past 12 months since receiving the findings of the investigation, but said details would remain confidential.

A spokeswoman added: “We will continue to work with the Department for Transport and other public bodies to make sure security at the port is robust.”

Agents called for assurances.Phil Nuttall, of The Travel Village, said: “It is a concern. We need reassurance things are being fixed.”

Carol Kirkham, of Preston-based Kirkham Travel, said: “[The report] is frightening. If a client reads it, they will be worried.”

But Miles Morgan, managing director at Miles Morgan Travel, said while the report was “concerning”, the fact that ABP had “flushed out the issue” was “encouraging”.

At a glance: Items smuggled through Southampon’s terminals