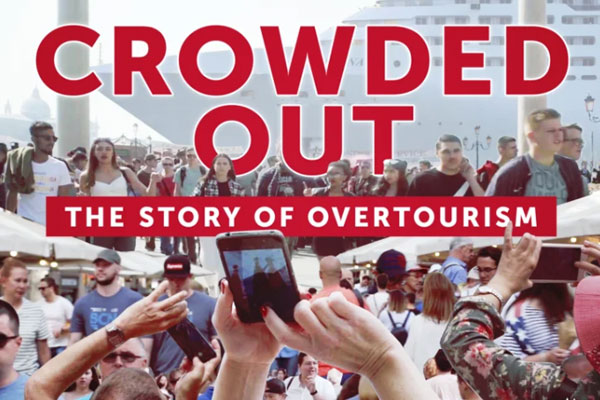 A new video documentary produced by activist travel company Responsible Travel is highlighting the issue of overtourism ahead of the peak summer holiday period.

‘Crowded Out: The Story of Overtourism’ is released today with the company warning that the issue is reaching a critical point.

The documentary highlights the impact on holiday destinations that are overrun by tourists from the perspective of local people in hotspots such as Venice and Barcelona as well as further afield in places such as the Gili Islands.

Responsible Travel founder and chief executive Justin Francis, who presents and narrates, said: “This is a key moment in tourism’s history. We are on the cusp of a new era of travel.

“We’re witnessing, for the first time on such scale, direct conflict between governments and local people as residents take action and make their voices heard.

“Change is on the horizon – the travel industry will now be asked to justify itself by locals and governments alike. Growth at all costs is no longer sustainable. It’s a momentous realisation.

“Governments must now listen to, and collaborate with local people. For decades locals have been voiceless, and their opinions have been ignored or suppressed.

“Responsible tourism is the antithesis of overtourism. I feel more committed to its mission than ever before and I hope we’ll see more travellers seeking out unfamiliar places, or visiting familiar places in unfamiliar ways.”

The film’s webpage contains links for travellers, local residents and governments on ways to combat overtourism.

Comments and feedback are also being encouraged by using the hashtag #overtourism on social media.