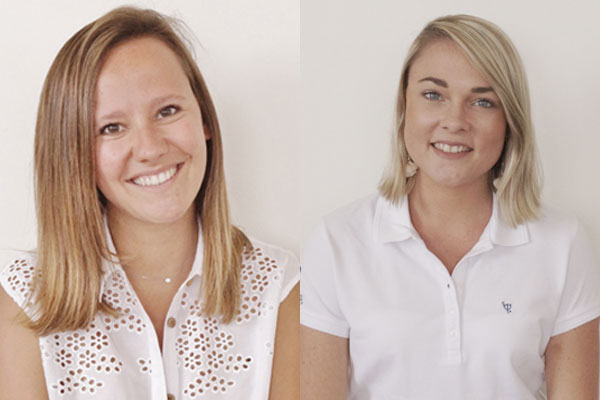 Two new appointments have been made and the trade team has been merged with the events team due to demand from agents making corporate bookings at resorts. Together they make a team of eight.

Clarisse Chapolard becomes key account manager for the UK, Nordics and Ireland, moving from her previous role as sales and event executive and will be agents’ go-to contact for questions about Club Med’s resorts.

Kerri van Loggerenberg has also been appointed to the role of key account manager for ski specialists having transferred from Club Med’s South African office in June.

Danny Ryan joined in January as trade and meetings and events sales manager, moving from his role as business development manager.

Dana Broekhuizen joined as sales and events executive in December to look after agencies’ day-to-day requests. She has 10 years’ experience in events and hospitality, including a stint as groups and incentive manager for Club Med’s Bali and Bintan Island resorts.

They will report to head of sales for the UK, Ireland and Scandinavia, Armand Guillemot, who also joined in December following the departure of Yann Richard.

Guillemot said: “We have an exciting pipeline of openings for 2018 and more scheduled for 2019. So we need the best people in place to help Club Med clients choose the right resort for them.
“I am confident we now have the team to continue the momentum from the UK market’s strong 2017 performance to continue for 2018.”

Club Med has reported its strongest rise in customers since 2000 this year, with a 6.6% increase from 2016. Europe and Africa markets saw a 3% increase.

Winter 2017-18 bookings from the UK market increased by 29%. Indirect sales, including via agents, grew by 33% year on year.

Estelle Giraudeau, managing director for Club Med in the UK and northern Europe, said: “Club Med has been going from strength to strength in the UK and globally. This has resulted from serious investment in upscaling our portfolio but it has been implemented in the UK by a brilliant team, so we are delighted to be adding even greater expertise to our line-up.

She added: “2018 is forecast to do even better in both winter and summer seasons for which bookings to date are significantly up.”

Two new mountain resorts, Tomamu Hokkaido in Japan and Grand Massif Samoëns-Morillon in the French Alps, were opened in late 2017. Grand Massif was the second best-selling ski resort for the Winter 2017/2018 season.

In the Caribbean, Club Med’s resort in Turks and Caicos, Club Med Turkoise, underwent a renovation to become a four-trident adult only resort.

A new mountain resort in the French Alps will open in December 2018. Les Arcs Panorama will be a four-trident resort with an Exclusive Collection (five-trident) Space.

For 2019, there are plans to open a new resort in Marbella, Spain, and both La Pointe aux Canonniers in Mauritius and La Caravelle in Guadeloupe are due to undergo “major renovations”.