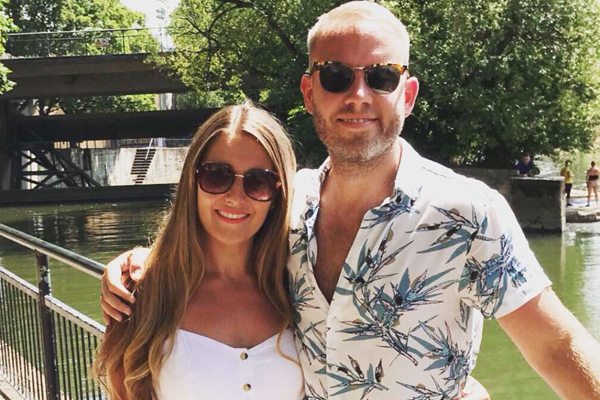 A travel agent and her partner who both suffered severe injuries in a head-on traffic collision in Thailand are back at work.

Abbie Sontag, 29, of Kenwood Travel in Harlow, Essex, broke her spine as well as suffering three broken ribs, a ruptured spleen and bowel in the accident in early May.

Travelling in the same taxi was her boyfriend Pete Brudenell, Kenwood Travel’s head of marketing, who needed surgery on his intestines, bowel and spleen.

Hours after they were admitted to hospital a GoFundMe campaign was set up with the target of raising £45,000 when it was discovered Sontag did not have any travel insurance and would not be covered for her operations.

The couple were overwhelmed when nearly £35,000 was raised in just over 24 hours, with many of the donations coming from the travel industry.

Brudenell, 34, told Travel Weekly: “We are both going to have a full recovery – life is okay now. I have a slightly different outlook on life these days.”

Brudenell said although the experience was “awful” at the time, both he and Sontag are keen to express their thanks to everyone who donated cash to their cause.

“I just wanted to say thanks to everyone,” Brudenell said. “It was not just the donations, it was the messages of support from all corners of the travel industry.

“It was the hotels, competitors, friends, media. It was pretty much everyone I had come across [in my career] sent a message of support or donated. It was really humbling.”

Sontag is currently splitting her time between working at home and the office as she completes her recovery after flying back to the UK at the end of May.

Brudenell was readmitted to hospital in the UK after suffering an infection in his intestines, however he is now back at his desk.

“I came back to work on June 1, but I was probably too eager because I had to go back to hospital,” he said, adding: “When they sowed up my intestines the stitches were probably too tight because I ended up getting a blockage and an infection. Now it is all fine.”

More: Donations flood in for agent and partner injured in Thai road crash