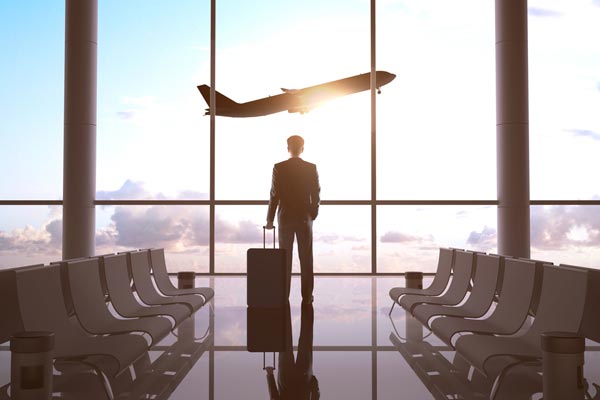 Corporate travel spending worldwide grew almost 6% to $1.33 trillion in 2017 and is forecast to grow by more than 7% this year, according to the Global Business Travel Association (GBTA).

He said: “This pick-up in growth could signify an end to the ‘era of uncertainty’ in global business travel, but rising protectionism is coming at precisely the wrong time.

“The direction of trade policy is far and away the biggest wild card that could impact our forecast.”

McCormick noted growth in business travel spending had been restricted to 3%-5% a year since 2012. But GBTA foresees growth averaging 5.2% a year to 2022.

However, GBTA also warned of a series of “downside risks”, including rising interest rates in the US, “maturing business cycles in developed markets”, “rising budget deficits in developed and emerging markets” and rising protectionism.

It noted: “The potential for trade wars is the biggest global risk.

“Drastic increases in tariffs and retaliatory measures could have detrimental impacts on the global economy and the global business travel market.

GBTA suggested: “Analysis shows nearly 60% of the variability in global business travel spend can be explained by global trade volumes.”

The association also warned of the potential impact of Brexit, noting: “The only major drag on the Western European business travel market has been the UK, which declined -0.7% last year driven by the fallout from the Brexit vote – a weakening pound, increased inflation and pressure on consumer spending.”

It forecast “moderate to strong growth” in Western Europe up to 2022. However, it noted: “The biggest downside risk comes from the British market, as the health of the market will hinge on the final terms of Brexit negotiations.”

The figures were released alongside GBTA’s Annual Global Report & Forecast, published at the GBTA Convention this week.

GBTA identified the top-five fastest-growing business travel markets in the next five years as India, Indonesia, Sweden, Norway and China.

Despite a slowdown in its economy, China’s business travel market remains the world’s largest.

The US market is projected to grow slightly below the global average at 3.9% over the next five years.