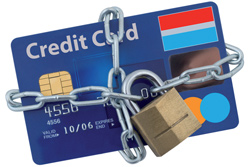 An increasing number of independent travel agencies are facing the threat of banks withdrawing or changing the terms of merchant services.

Following the collapse of XL Leisure and Freedom Travel groups, banks now consider the travel industry a risky sector, and are reviewing the companies they work with.

Some agents have had – or are under threat of having – their merchant services removed, leaving it virtually impossible for them to continue operating.

Peterborough-based Deeping Travel director John Lawrence had his Barclays merchant services withdrawn in April. His relationship with the bank had deteriorated after he complained about poor service levels.

When he approached other banks to find a replacement, he was told they did not take on new business from travel agencies.

“Three or four said they had a bar on taking on travel agents, as we are perceived as a bad risk,” said Lawrence.

“It was frustrating. They are nervous because there have been collapses in the industry, but there should not be a blanket ban on travel.”

Lawrence, who eventually secured new services from Alliance and Leicester, said the banks needed to be educated about the industry.

“They have absolutely no understanding of the travel industry. They need to be educated about where the risks are,” he added.

A Worldchoice agent, who did not wish to be named, is under threat of having his credit card facilities removed. He recently received a letter from the Royal Bank of Scotland giving him 30 days’ notice of termination. He has now been given until the end of June to consider his options.

“Last year was not great for me, but it wasn’t for anyone,” he said. “In this environment I won’t be able to get [merchant services] from anywhere else. If I don’t find another option, I will have to rethink my whole business, or retire.”

Other agents have been hit by changes in terms. Travelandmore director Kevin Dowling was told by Barclays in January that he would have to go on 30 days crediting – meaning the agency does not receive credit card payments for 30 days.

He said: “It was squeezing the life out of the company. We take a lot of last-minute bookings, so the tour operators have to be paid straight away.”

“After spending hours on the phone to the company, explaining every aspect of the business, our usual method was restored.”

The UK Cards Association, the industry association representing card issuers, was unaware of specific issues affecting deals with travel companies. But a spokeswoman said: “In the current economic climate, all acquirers are looking at risk levels. If there are some agreements where they feel there is more risk, there is a possibility they will want to redraw the agreement.”

A spokeswoman for the Royal Bank of Scotland said: “The travel industry is a valued customer sector for RBS WorldPay. While we continually review our risk policies, our approach to this sector remains unchanged.”