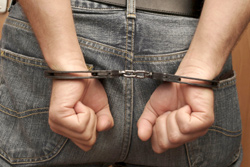 British tourists risk arrest or fines if they sunbathe topless, have sex on the beach, or moon or go streaking while on holiday, warns the Foreign Office (FCO).

A survey of 34,000 adults shows that half of all women who sunbathe topless do so without first checking if it was against the law, while one in seven men admitted having had sex in a public place on holiday.

One in 20 men confessed to mooning or streaking on holiday, meaning that over half a million men have risked arrest and a fine.

The FCO highlighted the recent cases of the couple caught having sex on a beach in Dubai and the ‘nuns on the run’ in Crete, who were imprisoned for two days on charges of ‘causing a scandal by provocative acts and misrepresenting a uniform’.

The FCO advises tourists to check local laws and customs before they head to their holiday destination. In Abu Dhabi, kissing in public is considered an offence, and anyone caught risks prosecution and a fine.

Gay travellers should also be aware that homosexuality is illegal in many popular holiday destinations, including Morocco and Goa. There were several incidents in Morocco last year where individuals were charged, resulting in one Briton being imprisoned for three months.

FCO Know Before You Go campaign manager Jess Prasad said: “Different countries have different laws and customs, and what’s acceptable in Spain may not be acceptable in Greece or Turkey.

“With more people travelling outside the eurozone this year, it is even more important that people familiarise themselves with the local laws and customs before they go.”

Know Before You Go is an ongoing campaign with 250 travel industry partners that is designed to help Brits to stay safe and healthy abroad.

Richard Fielder from the British embassy in Egypt said: “It is important to recognise that even within the same country, different areas often have different rules. Here in Egypt for example, what goes on in Sharm el-Sheikh would not be tolerated in other towns and cities.”