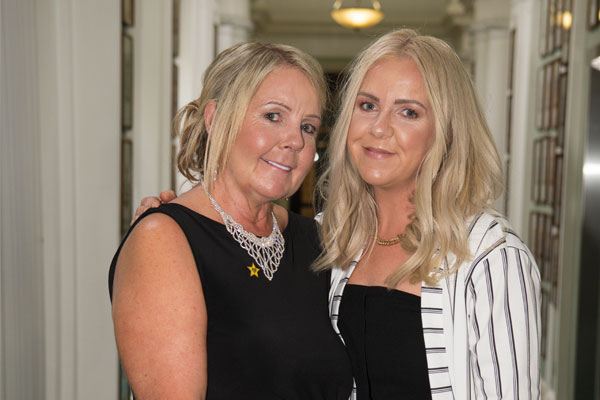 The family of murdered Tui travel agent Cassie Hayes has revealed plans for a fundraising day in her memory and thanked the trade for support since her death seven months ago.

Cassie, assistant manager at Tui in Southport, Merseyside, was killed by Andrew Burke, her girlfriend’s ex-partner, at work on January 13. He was jailed for a minimum of 26 years.

Mum Tracy and sister Nadine paid tribute to Cassie this week, saying she “would have wanted us to keep smiling and crack on”.
Attending a London dinner hosted by Abta LifeLine, the charity that paid for Cassie’s funeral and “after party”, they remembered Cassie as a “massive personality” who would “light up a room”.

Nadine said: “The loss of Cassie has left a large hole in our lives [but] we are so grateful for how we have been looked after.

“Cassie loved life and we were so proud of her in her job role. Abta LifeLine helped us at such a difficult time. There are not enough words to express how grateful we are to her friends and our Tui ‘family’.”

Tracy added: “We call them [staff at Tui Southport] Cassie’s Army because they have been so supportive. We knew she was loved, but didn’t realise how much.”

The family is planning a fundraiser a year after the 28-year-old’s death to support charities including Abta LifeLine, Victim Support and Cancer Research. The event will also be in memory of Cassie’s dad, who died 14 years ago.

Tracy said Cassie had always wanted to be a travel agent, joining Tui’s Alnwick branch as an apprentice aged 18. She said: “I can’t remember her talking about anything else.”

After her death, the family were consulted by Tui about the shop’s redesign. An advice desk now sits where Cassie’s desk was and every week staff put fresh flowers there in her memory.