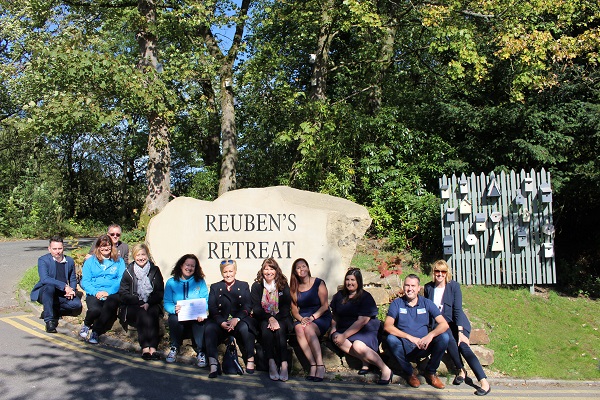 It takes the partnership past the five-year mark, with Tipto’s suppliers and agents between them having raised nearly £2,600 for the charity in the last year.

The money was collected across 30 roadshows and could fun 10 families visits to Reuben’s Retreat, which provides respite care to children suffering from life-limiting or life-threatening illnesses and their immediate family by creating a home-from-home.

Fundraising efforts will go towards completing the planned ten-phase programme of development at the Glossop-based retreat. The Reuben’s team are currently working on phases four, five and six of the renovation with a hydrotherapy pool and changing suite, sensory, movie, play and chill zones under construction.

Nicola Graham, founder of Reuben’s Retreat, said: “We are absolutely thrilled to be supported by Tipto once again. To have that platform to reach agents is huge for us as you never know who may need our support, or in turn, who may be able to support our heart work with families. As always, we promise to spend and invest every hard-earned penny and pound with integrity.”

Tipto chairman Jane Atkins added: “The work that Reuben’s Retreat does for families with children with life limiting illnesses is incredible and we are honoured to partner with Nicola and her team for another year.

“Reuben’s is a charity close to our hearts and every single one of the agents we’ve hosted this year have played an integral part in raising such a fantastic amount by taking part in our charity prize draws that our suppliers always give so generously to with inspiring prizes. I look forward to smashing this total in Year 20!”