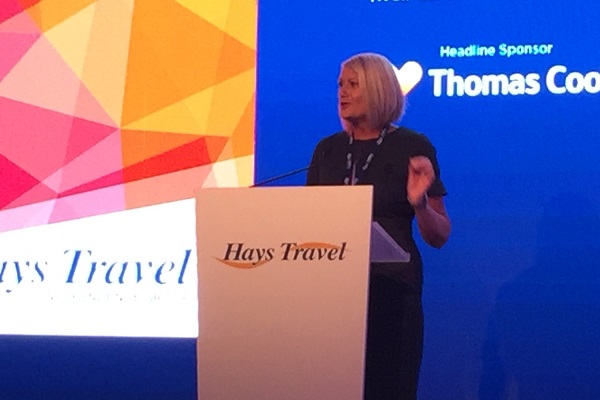 Hays Travel expects to open its 180th branch before Christmas and is looking to young talent to work as agents.

The UK’s largest independent travel agency currently has 171 shops, with a new site in Hull opening in the last week.

“With the addition of Hull, we have 171,” she said. “And we have also got approximately another nine shops opening pre-Christmas to be ready for peaks in January.

“While we still want new IG members and growth in other divisions, we feel retail needs to remain the lion’s share of our business, and we are delighted that it is.”

In 2008, it had 32 retail shops. Over the last ten years it has grown both though new openings and acquisitions – the largest of which being the buyout of more than 60 Bath Travel stores in 2013.

Meanwhile, Hays Travel’s retail sales have grown 486%. The number of agents it employs has risen by 371%, and the number of divisional managers has increased from four to 13.

Schumm paid tribute to the company’s apprenticeship scheme and training programme for allowing such rapid growth.

“To open new shops, we need to staff them,” she said. “The pool of qualified travel agents is very different to what it was 20 years ago. We are fishing in a small pond now.

“But I have faith and trust in our training team. We recruit people without experience, but who have got bright, smiley personalities.”

Chair Irene Hays added that 161 young people have been through Hays Travel’s Ofsted-accredited apprenticeship scheme, which won the North East Large Employer of the Year gong at the 2018 National Apprenticeship Awards.

On the continuing success of the high street, Schumm added: “We often get asked, by IG members and suppliers, how come we are still opening shops on the high street. If you walk down the high street, you see shops closed and To Let signs, and there have been some big retail chains closing, their doors. But I think Hays Travel now has the right mix. We have combined the high street with the digital world – our staff embrace technology.

“People are the single most important contributors to our growth, but the web is our friend and we have combined the digital world with personal service.”