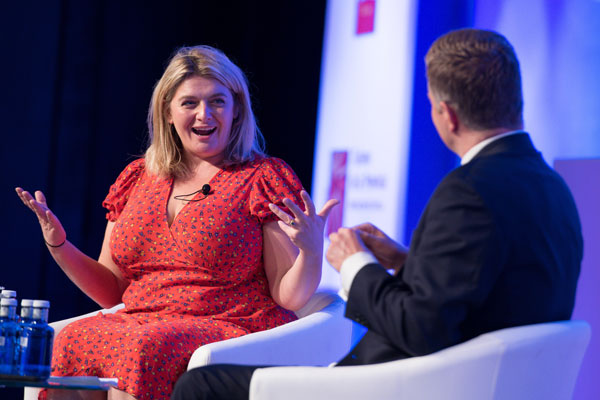 Travel companies need to lead from the top in tackling any mental health issues being suffered by their employees.

The message came from Telegraph columnist Bryony Gordon, who suffers from a form of OCD and a recovering alcoholic and drug addict.

She told the Abta Travel Convention in Seville that tackling mental health issues can translate into improved productivity.

Gordon, who interviewed Prince Harry about how he suffered from mental health problems after the death of his mother Princess Diana, revealed that she had to take three months of work to go into rehab due to drink and drug addictions.

Admitting that there is still much stigma attached to mental health, she told delegates: “I felt ashamed asking for time off for an illness that’s in my head.”

However, Gordon, speaking on the eve of Mental Health Day, made it clear that the reaction from her employer was one of wanting to help.

“We love to this maxim of living life to the full. Actually we need to get better at saying no to things and managing our boundaries,” she added.

Writing a column about mental illness helped reach out to others and opens the floodgates to thousands wanting to share their similar experiences.

A poll among convention delegates showed that 56% would be prepared to talk to their boss about a mental health problem against 44% who would not.

Gordon suggested that such a result would not have been so positive two years ago due to the issue now being more openly discussed both within the workplace and in general.