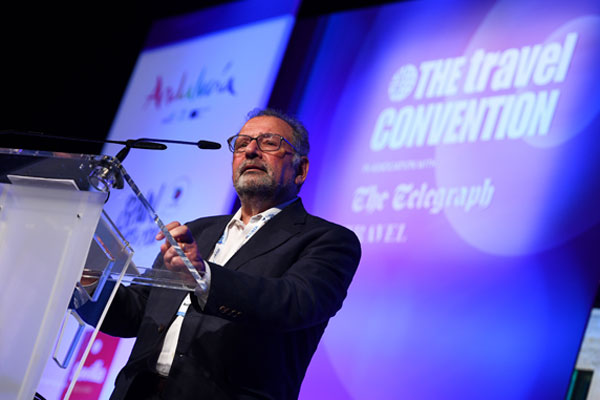 Abta chairman Noel Josephides has urged destinations to act to limit damage from over-tourism and demanded the industry “note” the severity of scientists’ latest warnings on global warming.

Josephides told Abta’s Travel Convention in Seville: “In almost 50 years in travel, I have seen the damage caused by over-tourism all too many times.

“Our industry has enormous power for good, but do we know when to stop?

“If a destination feels the time has come, it should not be frightened to shout ‘Stop’ – because our industry will not do it for them.”

Josephides told senior industry figures: “We had a warning this week of the increasing severity of global warming. Hopefully, our industry will heed the message.”

Leading climate scientists, members of the UN Intergovernmental Panel on Climate Change (IPCC), warned on Monday that the world has only until 2030 to restrict global warming to a maximum of 1.5C – beyond which the effects will be severe.

Josephides said: “We carry a grave responsibility and we need to take note.”

Addressing the closing session of the Convention, Josephides argued: “Spain is the oldest and most professional of modern tourism industries. It has suffered and tackled successfully problems which others have yet to face.

“As a result, other destinations look to Spain to lead the way.”

He recalled “the mass exodus of British tourists from Spain in the 1980s, when the country fell from fashion” and said: “Spain turned to its culture and history to revive and transform its tourism.

“This country performed a miracle which many of us thought nigh-on impossible.

“Fifty years ago, we were amateurs. Our industry is better educated and far more sophisticated now. Most important, destinations are increasingly aware of the dangers.”

Josephides said: “In conversations with those responsible for the future of Seville, it is clear they are aware of the difficult decisions that could lie ahead and have absolutely no intention of allowing the city’s image to suffer.”

He insisted: “It is the destinations, rather than we the intermediaries, that hold the key to their future.

“Tourism-dependent countries are learning to look after their interests like never before.”