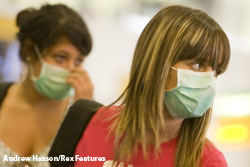 Travel agents could be besieged by enquiries from customers confused by conflicting swine flu advice issued by the government and health bodies.

The Department of Health has advised anyone who suspects they have swine flu not to travel. However, last week the Royal College of Midwives said all expectant mothers – even if healthy – should avoid crowded places and unnecessary travel.

Meanwhile, it has been claimed customers could be prevented from boarding cruise ships and flights if they are suspected of having the virus.  As reported in Travel Weekly, some cruiselines started screening for the H1N1 virus in April.

According to reports, Virgin Atlantic and British Airways (BA) are also monitoring passengers and turning them away if they appear to be ill.

This claim has been refuted by BA. A spokesperson for the airline said it was business as usual, and that check-in staff were simply following normal procedures to deal with any passenger that is ill.

“We’re not monitoring specifically for swine flu and we don’t turn [passengers] away. If someone appears ill, we would advise them to seek medical assistance [before they travel],” said the spokesperson.

In a statement, Virgin Atlantic said it was also assessing passengers in line with its usual policy for viruses or diseases, and in accordance with International Health Regulations.

“Anyone with swine flu is unlikely to be fit enough to reach the airport in the first place, and is advised to rest at home and seek medical advice via official government telephone or internet sites until better,” the statement said.

Swine flu is also presenting problems on the issue of refunds and cancellations. Under normal circumstances customers may be able to claim against their insurance if they are too ill to travel – providing they have evidence from their doctor that they are sick.

But people who suspect they have swine flu have been told not to visit their GPs, and will therefore be unable to provide insurers with proof that they are unfit to travel.

For more information on swine flu go to www.travelweekly.co.uk/swineflu.