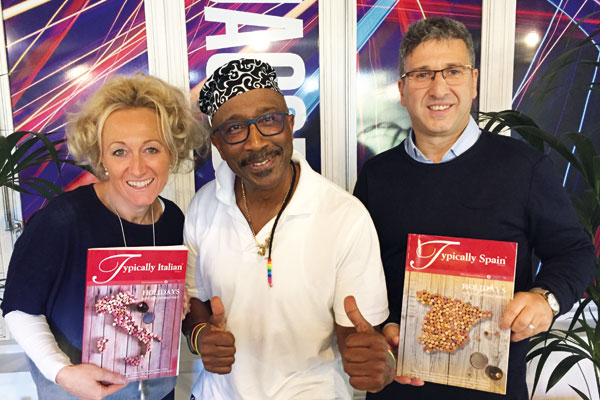 Typically Holidays has signed up fitness guru and 1990s icon Mr Motivator to host aerobics classes at its hotels next year.

The trade-only operator behind the Typically Italian and Typically Spain brands is tapping into a growing demand for fitness and wellness breaks, especially among older customers.

Mr Motivator will run morning and evening sessions at hotels across the Typically range in 2019. Dates and locations for the five and seven-night breaks will be confirmed soon.

Daniele Broccoli, managing director of Typically Holidays, whose customers are aged 45 and older on average, said: “We’ve had lots of requests from agents about fitness and health holidays.

“We thought if we are going to do it, we should do it with the best in the business.”

Mr Motivator, who is giving away his $2.4 million Jamaican property in a raffle, said his brand of fun exercise was the way to get holidaymakers to be active while on their summer break.

He said: “People want to indulge when they’re on their holidays, and we don’t need to make them feel guilty. It’s about the balance of enjoyment and wellbeing.

“It’s not just the physical side; the mental side of health and wellbeing is important too. If your mental state is right you can conquer anything. Exercise is a bit like make-up in that respect, it makes you feel good about yourself.”

Broccoli first met Mr Motivator “on the side of a motorway near Peterborough in the late 90s” as the two were involved in a Macmillan Cancer Support charity event, and have kept in touch ever since.

Mr Motivator recalled: “He brought Italian sandwiches, the best I’ve ever had. That’s someone you stay in touch with.

“When the idea [for the tie-up] came about, it was a natural fit.”

More: Be in the draw to win Mr Motivator’s $2.4m Jamaica property