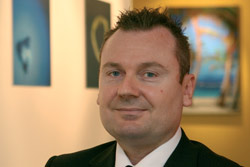 A restructure of the Stella Group that turns the UK into a standalone business will put paid to any rumours about the group’s finances, according to UK chief executive Andrew Botterill (pictured).

The group is to run Stella Travel Services UK, which includes Travel 2, Travelbag.co.uk and Global Travel Group, as a separate unit within the group.

Its other divisions, Stella Hospitality Group, which has a portfolio of more than 140 resorts, hotels and apartments including the Peppers, Mantra and Breakfree brands, and Stella Travel Services Australia/New Zealand, will also run as standalone businesses.

Each business will have its own profit and loss account, capital structure, customer base, board of directors and management team. Stella Hospitality Group and Stella Travel Services will continue to be majority owned and controlled by funds advised by CVC Asia Pacific. The UK, which has already undergone its own management restructure, has been dogged by speculation in the past about the state of its finances.

Botterill, who took over the running of the UK business in January, said: “The restructure makes a huge difference in terms of our balance sheet, our access to liquidity and puts to rest any unfounded speculation.

“All we [the group] have done with the debt is put it where it is best serviced in terms of the shape and size of the business.”

No UK debts have been passed on to other divisions. Botterill said the UK business, and all its separate business units, had started the new financial year, in July, in profit. The need to run the UK as an independent business was one of the priorities Botterill highlighted when starting in the role.

He added: “We needed to run the UK business in line with the needs of the UK market; that hadn’t happened with the previous regime. It’s a hell of a turnaround from last year. July was the first month of our new financial year and I’m happy to say from a trading perspective we are ahead of our forecasts.”

Botterill said the UK business was “reaping the rewards” of efforts put in to turn the business around and said the challenge now was running the business on a day-to-day basis as well as its longer-term strategy.

Changes that have already taken place include the sell-off of Harvey World Travel shops, turning Travel 2 from a consolidator into a specialist long-haul tour operation and opening two new Travelbag call centres.