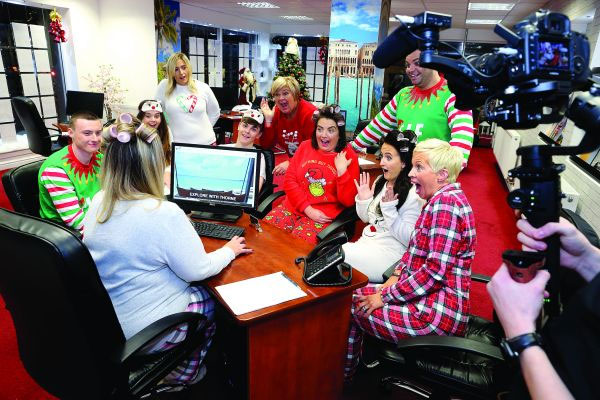 It was dubbed the “funniest travel agent video ever” and went viral within days of being aired.

Now, the stars of Scottish agency Thorne Travel’s infamous 2014 promotional video, with its pumping house soundtrack and a flash mob, are back after a four‑year gap with a festive sequel.

The video tells the story of Santa, who is stranded when his sleigh breaks down – but Mrs Claus contacts the agency owner Shona Thorne for help.

Agency staff are seen coming into the shop wearing festive pyjamas and rollers as they fix Santa’s travel arrangements.

Auditions were held with local schools and about 20 pupils appear in the film, acting as elves and opening presents.

Scenes were filmed in and around Glasgow airport, including in the Emirates lounge and on a Loganair aircraft. Other scenes feature reindeer at a local hotel, Riverside Lodge Hotel in Irvine.

The script was devised by staff and the film was made by professional video production company AMD Studios, which created the first video in 2014.

Based in Kilwinning, Ayrshire, independent retailer Thorne Travel hit the national headlines in 2014 when its promo video racked up thousands of views online. 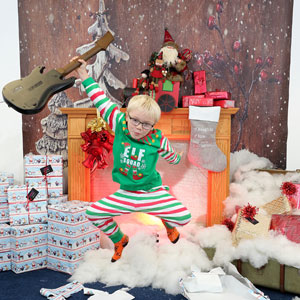 It started as a spoof of strutting Virgin Atlantic cabin crew and went on to feature a ship’s captain in an oversized jacket, an incongruous backflip on a pavement, and Mickey and Minnie Mouse.

Lynsey Ferrol, project development consultant at the agency, said Thorne Travel hopes its latest video will also be a big hit when it is launched on December 1 and aired on social media.

Ferrol said: “We hope that in January we will be in the minds of customers booking holidays and their important journeys. It’s a good way of raising our profile and involving the whole community.”