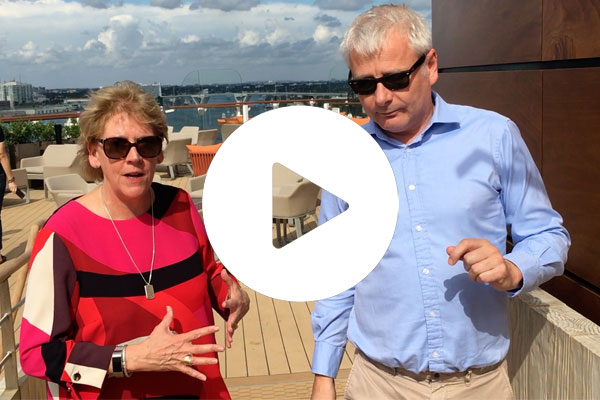 She’s joined by Celebrity Cruises UK boss Jo Rzymowska and Clia’s Andy Harmer who pick out some of the standout features on board.

Celebrity Cruises claims that the first in its new class of four ships is “the future of cruising”.

The $1bn ship was christened in Fort Lauderdale by Nobel laureate Malala Yousafzai on Tuesday.

People looking for high-end holidays ‘want an independent advisor who has experienced the product they are buying’:
By the end its first season, Celebrity Edge will have been showcased to nearly 1,000 agents: