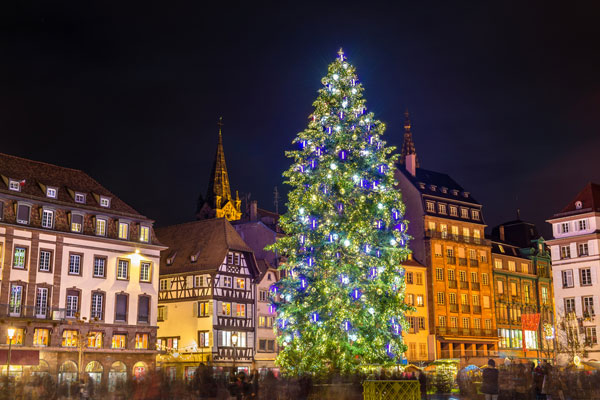 An alert to British travellers was issued in the immediate wake of a deadly shooting close to a Christmas market in the French city of Strasbourg last night.

At least three people were killed and 12 others wounded with the gunman escaping after a shootout with police and security services.

France raised its security alert level to “emergency attack” with security at all Christmas markets stepped up and border controls strengthened.

The shooting happened near Place Kléber, one of the central squares in Strasborg. The European Parliament, about two miles away, was placed on lockdown.

The attack took place at around 8pm local time near Strasbourg’s Christmas market, which attracts thousands of visitors.

It was reported that the 29-year-old suspect was born in Strasbourg and was already known to the security services as a possible terrorist threat. However, the motive for the incident was unclear.

Six of those reportedly injured were reported to be in a serious condition, while six others suffered light injuries.

The Foreign and Commonwealth Office updated its travel advice to France and said: “There is an ongoing incident in the city of Strasbourg.

In a further update this morning, the FCO said: “Following a shooting incident in the city of Strasbourg in north-eastern France on the evening of 11 December, the attacker remains unaccounted for.

“A large police and gendarmerie operation with military reinforcements remains underway in the city of Strasbourg and surrounding areas.

“You should exercise caution and follow the advice of the French authorities at all times.”

The mayor of Strasbourg, Roland Ries, tweeted that the Christmas market would be closed today.