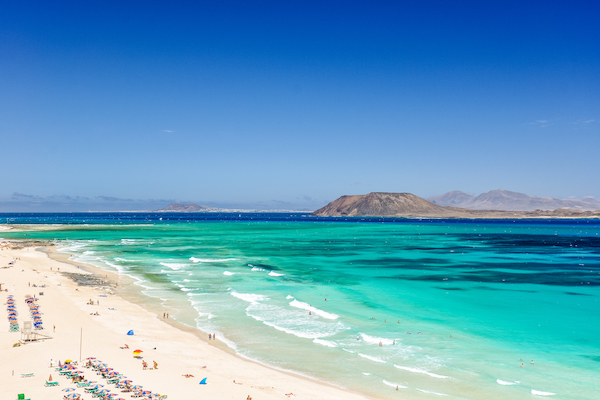 The tiny Isla de Lobos in the Canaries will cap visitor numbers and introduce an arrival tax, say reports.

The Sun and The Mirror said there are concerns about overtourism at the ‘secret’ island, which is a short boat tide from the island of Fuerteventura.

Less than five square kilometres in size, the island has few facilities, but it can have up to 2,000 tourists at weekends, and over Christmas and Easter.

The Sun reported: “Furious environmentalists said many of the boats being used to transport holidaymakers were illegal and it was becoming ‘an obligation’ for anyone staying on Fuerteventura to visit Lobos free of charge but without making any sort of contribution in return.”

Campaigners fear the influx of visitors will damage the island’s marine environment and wildlife.

There is a limit of 200 visitors at any one time but reports say this was being ignored.

Fuerteventura’s local government said tighter controls over the number of visitors will come into force in January, and legislation is being processed to enable the levying of an access fee.

Pictured: a view of the islands of Lobos and Lanzarote seen from Corralejo Beach on Fuerteventura.