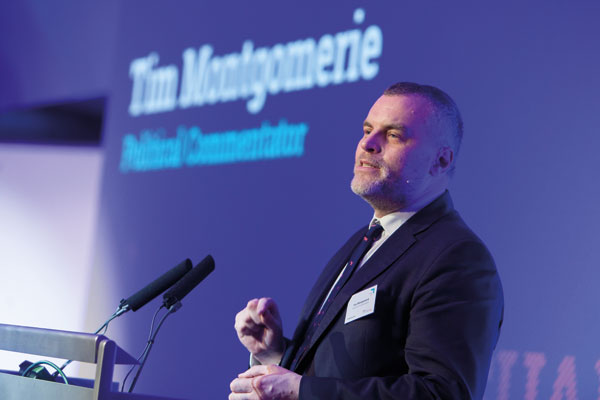 Business has lost influence on politicians and “needs to work harder” to regain it, a leading political commentator has told UK travel industry leaders.

Tim Montgomerie, a former Times columnist, told the UK’s Guild of Travel Management Companies’ (GTMC) domestic conference in London: “The business voice does not have the influence it did. It will have to work harder to stay at the top of the political agenda.”

Reflecting on the crisis over Brexit, he said: “It’s a struggle to understand what happened yesterday or the day before let alone to know what will happen tomorrow or next week. This is a real crisis.”

But whatever happens in the coming days, he said: “Theresa May’s deal is not going to get through. Her days are numbered.”

The Brexit agreement “is her flagship” and the prime minister would have to resign or “be ousted” if it fails, he said. Montgomerie suggested May would attempt to hang on but forecast there would be “a new Tory leader very soon” who “will either take us into another general election or, less likely, a second referendum”.

May survived a no-confidence vote in her own party this week after failing to put the Brexit deal she has negotiated to a vote by MPs. But the odds of her winning Parliamentary backing for the deal in January still looked small.

Montgomerie summarised the problem the UK government faces as: “A majority [of electors] voted to leave [the EU], but a majority of MPs want to remain.”

Instead, he argued a general election is more likely. Yet he warned: “People really want change and if they don’t get it, they will vote for anyone that might give it to them. The biggest danger is people just want to put a bomb under the system.”

Montgomerie noted: “Labour leader Jeremy Corbyn came very close to winning [in 2017]”. At the same time, he suggested: “There is a very strong feeling [among voters] that Theresa May is the adult in the playground.”

He argued current home secretary Sajid Javid was most likely to emerge as new Conservative Party leader. He said former foreign secretary and leading Brexiter Boris Johnson “would struggle to win enough MPs to get into the final round” of voting.

Montgomerie campaigned for Brexit, but he told the GTMC: “There is a desperation to move on from Brexit and start talking about something else.”

He held out hope the political crisis could be resolved next year, saying: “We’ve been in this period of uncertainty for two and a half years. It’s coming to an end. The next six to nine months could be choppy. We could have a general election. I don’t think we’ll have a second referendum, but we’ll almost certainly have a change of Tory leader.”

The GTMC will launch an all-party group of MPs next year in an effort to raise the political profile of the sector.