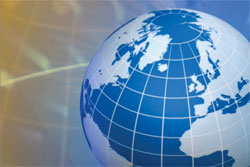 Despite customers being more demanding and price becoming increasingly important, there is a healthy degree of optimism about future business prospects among independent travel agents.

That’s one of the key insights from the Advantage Travel Centres and Travel WeeklyState of the Nation 2009 survey, carried out among 286 Advantage agents and business partners at the beginning of September – exactly one year after the 2008 survey.

This year’s research reveals how the industry’s thinking has moved on in what’s been a tough trading climate, and how the agents’ business is changing.

The research shows that more than half of the agents and partners (56%) remain quite optimistic about the next 12 months, while 8% claim to be very optimistic (compared with 18% last year) – just 1% are ‘not at all optimistic’.

Despite the considerable commercial challenges in the sector, fewer agents are considering a career outside of travel this year (44%) compared with 2008 (61%).

Advantage chief executive John McEwan said: “We have obtained anecdotal feedback from members on the impact the changing economy has had on their businesses, but the survey provides us with valuable quantitative data.”

He said he was “positively struck by the level of general optimism shared by members and business partners” in what’s been a year of economic turmoil.

Working hard for the money

In leisure travel, customers are shopping around much more, and three-quarters of agents (75%) say they have to work much harder to secure bookings. This change in buying patterns is confirmed by the experiences of individual agents.

Meon Valley Travel managing director James Beagrie said that while the number of transactions had remained reasonably static over the past year, revenues were down 18%.

“I’m treading water like-for-like, and we are working harder for our money,” he said. “The only way to get a booking would be to persevere with identifying customer needs and to be their best friend.” (see case study)

With the lates market proving so critical over the summer, 73% of leisure agents say customers are holding out for last-minute bargains. Other changes in behaviour include a slight decrease in demand for price matching, and an increase in popularity of holidays outside the eurozone.

The number of customers booking direct on the internet appears to be less of a threat to face-to-face business, having fallen from number two to number five in terms of customer buying patterns.

And two-thirds of respondents (66%) view the internet as an opportunity rather than a threat to their businesses – a similar figure to a year ago – suggesting that more travel businesses are using the web as a route to market rather than fearing it.

This has been helped by a sharp improvement in web skills across the industry, with 89% of respondents describing their staff as very or quite technologically savvy – a big jump from 52% 12 months ago.

Sunways Travel director Cheryl Essam emphasised just how important the web was to her business model. She has just set up a new website, and urges other agents to develop a web presence.

“Unless you get involved from every angle you won’t succeed. Waiting for people to walk through the door just won’t work”

“There’s no reason why you can’t have one,” she said. “it would be a shame to bury your head in the sand, because unless you get involved from every angle you won’t succeed. Waiting for people to walk through the door just won’t work.”

However, the survey also reveals that, in the business travel sector, clients have not changed their behaviour in the past 12 months.

Corporate customers are still cost conscious, spending less and downgrading their travel itineraries, and booking more onlinethemselves. One factor that has emerged this year is that businesses are following the trend in leisure travel and booking much later.

Only one in five (19%) corporate clients is spending the same or more – but travel budgets have generally been cut, and one agent said he had noticed clients getting as much value as possible by, for example, upgrading to four-star hotels for three-star prices. But business turnover has been hit harder than the leisure industry in the majority of cases.

Leisure spend remains the same or has increased for 37% agents. One respondent said: “People are taking advantage of it being a buyers’ market and asking for the best price.” While another agent reported that: “well-off clients appear to be spending while families aren’t”.

However, if big-spending clients decide to hold off booking their holidays, it can make a big dent in turnover. This was the case for Bruce Ruffman, who owns Norseman Travel in Gosforth in Tyne and Wear.

“Losing a few top-end clients during the final months of last year was like watching the lights being turned off,” he said.

While his turnover was down 20%, his profit reduction wasn’t quite as steep because he paid attention to cost cutting – small things, such as reducing electricity bills, refrigeration costs, and limiting personal phone calls, which added up to significant savings.

Having a cash flow cushion, and with bookings “running back to normal”, Ruffman said he was now “fairly bullish” about business prospects.

The price is right

By far and away the most important factor for customers when booking a holiday or business trips, according to the survey, is price, cited by 85% of respondents – up from 65% last year.

Agent service and product knowledge still come in at two and three, but are significantly less important than last year. And knowing holidays are protected is now an important factor for just over one-third of agents’ clients (37%).

When we asked about the opportunities and threats to business, an interesting picture emerged – where, unsurprisingly, the economic downturn takes centre stage.

The recession is having a significant impact for 50% of respondents – up on 38% last year – with 41% admitting that it is having some impact, and 9% little or no impact. Customers booking online is a less significant threat, down from 48% last year to 20%.

What’s also interesting is that customers’ environmental concerns have little or no impact in 70% of cases – compared with 48% last year – suggesting that clients are now more concerned with getting a good deal than reducing their carbon footprint.

The threat of terror attacks has little or no impact in 70% of cases – with only 1% citing it as significant.

Looking ahead, when predicting what will have some or significant impact in the next two years, the top three factors were the economic downturn (82%), customers booking online (79%), and price discounting (74%).

A new question for this year is about the withdrawal of merchant facilities – a growing threat to some travel businesses, given the banks’ tougher stance in this area. This is an issue for 53% of respondents.

Two-thirds (62%) believe there is a skills shortage in the sector – especially in the critical areas of selling and customer service, which is no improvement on last year. It may be time for travel companies to give more priority to training and coaching their staff so they are better placed to drive stronger performance in the business.

Summing up the State of the Nation 2009 figures McEwan said: “While there are clearly challenging times ahead, our members have a determination to see out the current downturn, and are largely committed to a future in the travel industry.”