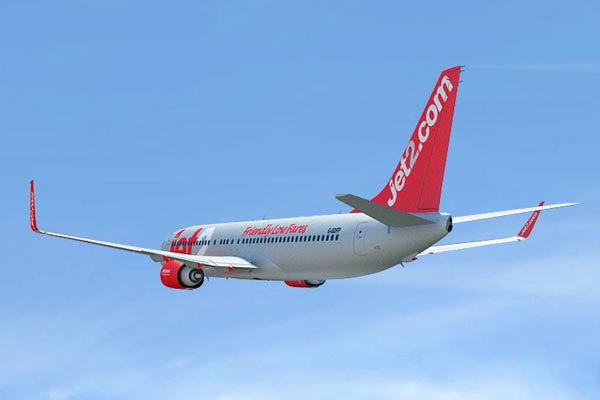 A travel agent has been jailed for a drunken mid-air rage during which he swore at an air steward and reduced children to tears.

David Blicharz, 36, was arrested after the Jet2 flight touched down in Manchester from Antalya, Turkey, on November 3 having been refused alcohol on board.

He admitted being drunk on an aircraft at an earlier hearing and last week was jailed for four months and given a £115 surcharge.

Minshull Street Crown Court heard how Blicharz lost his job working at a business travel agency since the incident last year and his partner has left him.

Blicharz had been away on holiday with his now ex-partner and her two children.

Judge Andrew Nuttall told Blicharz that it was “highly likely” that children would have been frightened by his behaviour, Mail Online reports.

The Crown Prosecution Service guidelines state that unruly, drunken or violent behaviour on board an aircraft is dangerous and will almost always require a prosecution.

According to sentencing guidelines, acts of drunkenness on an aircraft face a maximum fine of £5,000 and two years in prison.

Airlines, including Jet2, and the Civil Aviation Authority, have been campaigning to reduce the amount of alcohol passengers have access to at UK airports before boarding.