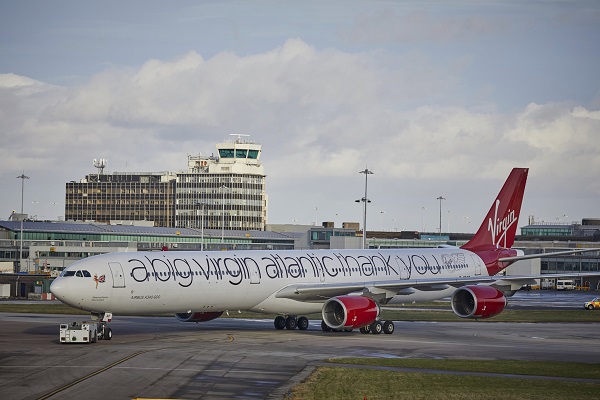 The union had planned a series of walkouts starting in the Christmas and new year period and stretching into March in support of a claim for recognition by the airline.

Virgin Atlantic was granted an 11th hour injunction by the High Court preventing the strikes on December 20.

The PPU – which says it represents a third of the airline’s pilots – has held talks with Virgin Atlantic at the conciliation service ACAS since the court injunction was granted.

It hopes a deal on recognition can be reached to allow the union to play a full part in negotiations over a review of pilot’s terms and conditions.

PPU spokesman, former Red Arrows and Virgin pilot Steve Johnson, said that despite the lodging of the appeal the union is hopeful that the carrier will want a resolution without referring to the courts.

“It is our hope that these talks achieve our ambition within a reasonable timeframe, and that the outcome of the appeal will prove to be academic,” he said.

“Litigation is very expensive – Virgin Atlantic fielded an 11-strong team of lawyers to secure their injunction, but a resolution to what we see as a reasonable demand to be recognised can be obtained for free simply by talking to us.”

In submitting the leave to appeal the court’s decision, lawyers for the PPU, Towns Needham Solicitors, claimed that the ruling has far reaching effect for the airline industry, and describe it as a landmark case.

Alex Barley, solicitor and director at Towns Needham, said: “We are confident that the ruling can be successfully challenged, and as an indication of that we are conducting the appeal on a no win, no fee basis.

“As it stands, the precedent set by the court’s decision will have far-reaching effects on any similar actions by airline unions in the future, and Towns Needham are happy to support the PPU in this case.”

“Our flying programme continues to operate as normal.”