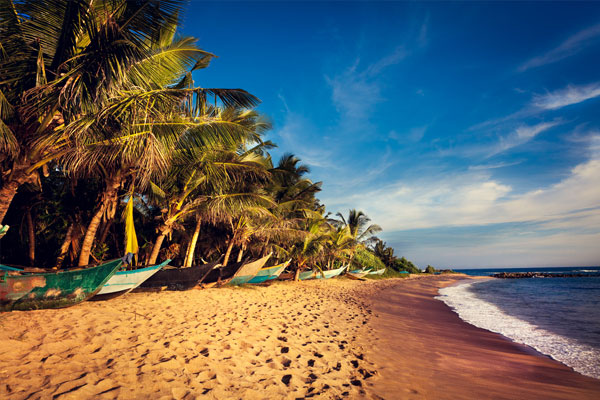 Britons are ‘binning Brexit’ by preparing to splash nearly £2 billion extra on their holidays in 2019.

Almost two-thirds of respondents to a survey by Netflights.com said that ‘people are worrying too much’ about Brexit, and around 40% think ‘it will all be fine’.

Although the poll of 1,000 people revealed that Brexit is ‘on the mind’ of around half of those thinking about their 2019 holiday plans, on average they still plan to spend £630 each more on their trips over last year – an estimated windfall of nearly £2 billion for the travel industry.

One in five stated they are no longer planning to go to Europe this year, and a quarter plan to book but are ‘holding off deciding where to see what happens’.

A weaker pound was given as the primary reason for increasing their travel budget by 40% of those questioned, with 26% also admitting that sterling’s current softness against other currencies has fuelled a change of heart about where they plan to go.

More than three-quarters of respondents were sceptical of media reports that aircraft would be grounded if no deal is made.

Andrew Shelton, managing director of the dnata-owned flights search and booking platform, said: “Our poll shows that, despite of the goings on within Westminster, the public isn’t pulling up the drawbridge on its holiday planning for 2019.

“Quite the opposite, in fact Brits are packing their bags in defiance of the doom-mongers, and looking to travel as a way escape the exhausting Parliamentary psychodrama.

“An analysis of our site traffic so far this year shows that this is a demand-rich market.

“We’ve seen a 20% increase in searches, year-on-year, with a particular interest among users in long-haul destinations where their pound may go further.

“On average, bookings for flights to those, our fastest-growing locations, are increasing by around 50% versus this time last year. “This is compared to nine per cent for European and US destinations where the exchange rate is now less favourable.”

Shelton added: “Brexit can’t – and shouldn’t – be ignored, but our poll suggests that people don’t think it means life should grind to a halt, either.

“Naturally, news reporting is creating some anxiety but whatever happens on March 29th, there is currently no expectation that travel will be disrupted.

“So we’d encourage people to keep an eye on the advice being published and book with trusted brands, but be quick.

“Increased searches means there are a lot of shoppers out there – either determined to travel no matter what, or just desperate to escape the debate – and some fantastic deals to be had. But they won’t last forever.”

A snapshot of the destinations where Netflights sales are growing fastest so far this year: