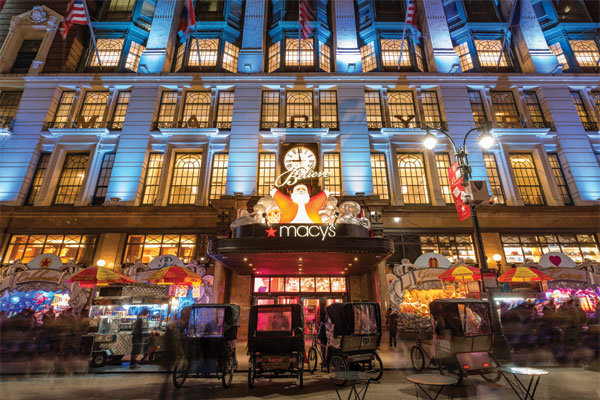 Laura French finds the best places for a weekend spree.

Culture, history, art, architecture… They all have their place when it comes to selling cities, but what about clients just wanting a bit of retail therapy?

We’ve rounded up the best city breaks for those wanting to bag a few bargains, browse glitzy boutiques and find one-off wares they won’t see back in Blighty.

Few cities are quite so iconic on the fashion front as Milan, where the likes of Dolce & Gabbana, Versace and Prada all have their origins, rubbing shoulders with vintage shops, antiques stores and plenty more.

Quadrilatero d’Oro is the place for those who can fork out a few bob – think big-name designer brands and chic showrooms in neoclassical mansions – while three-floor outlet Il Salvagente offers discounted goods for shoppers who want a bargain.

“Quadrilatero d’Oro is the place for those who can fork out a few bob – think big-name designer brands and chic showrooms in neoclassical mansions.”

But the most impressive sight is Galleria Vittorio Emanuele II, the country’s oldest shopping mall, where domed, Renaissance ceilings arch over Prada’s shiny flagship store. Throw in the bohemian Brera district and its vintage treasures, and there aren’t many boxes this city doesn’t tick.

Book it: Osprey Holidays offers two nights’ B&B at the five-star Baglioni Hotel Carlton on shopping street Via della Spiga from £700 per person, including flights from Gatwick.
ospreyholidays.com 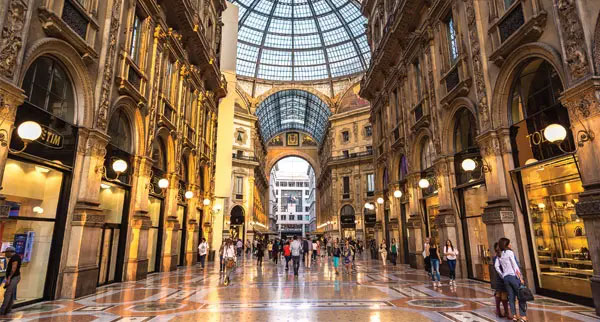 The Big Apple wouldn’t be what it is without its shopping scene, with the likes of Macy’s, Bloomingdale’s and Barneys New York part of the fabric of this glittering city.

But it’s not only about the big-name brands of midtown Manhattan, with the Meatpacking District and Lower East Side offering one-offs you won’t find elsewhere, and other neighbourhoods such as Williamsburg adding bookstores, tech shops and food markets into the mix. Look out for the Strand bookstore in East Village, home to 18 miles of books including several signed copies, and Chelsea Market, where artisanal cheeses, handcrafted chocolates and other locally made treats spill out from a former biscuit factory.

Book it: Funway Holidays offers three nights at the New Yorker, A Wyndham Hotel, in midtown from £665 per person, including United Airlines flights from Heathrow on May 10, based on two sharing room-only.
funway4agents.co.uk 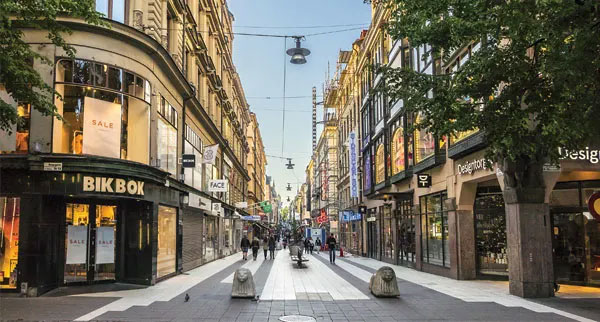 Scandi chic is well and truly in, and where better to find it than Stockholm? From indoor shopping centres such as the Mall of Scandinavia to main drag Drottninggatan (aka H&M heaven) there’s plenty in the way of high street bargains here.

But high-end fashionistas will also find plenty to please, with top-end boutiques crowding the ultra-luxe Sturegallerian centre, and shops such as Acne Studio adding plenty of cool Scandi flair too. Elsewhere, there’s cobbled Gamla Stan (the Old Town) with its higgledy-piggledy souvenir shops, and hipster-loving Söder in the south, where you’ll find quirky vintage spots and record stores clustered on little side streets.

Book it: Kirker Holidays offers three nights at the four-star First Hotel Reisen from £766 per person based on two sharing, including daily breakfast, flights from London, private car transfers, Kirker’s Guide Notes and the services of the Kirker Concierge.
kirkerholidays.com

For quirky shopping less than an hour’s flight away, look no further than Amsterdam, says Super Break’s Gary Gillepsie, head of trade sales. “The shopping scene has really developed over the last couple of years,” he says. “As well as traditional street markets, there are landmark department stores such as De Bijenkorf, and statement shoe stores such as Shoebaloo and Manwood.”

Book it: Two nights’ B&B at the three-star Lancaster Hotel Amsterdam with Super Break costs from £257, including flights from Luton in April.
superbreak.com/agents 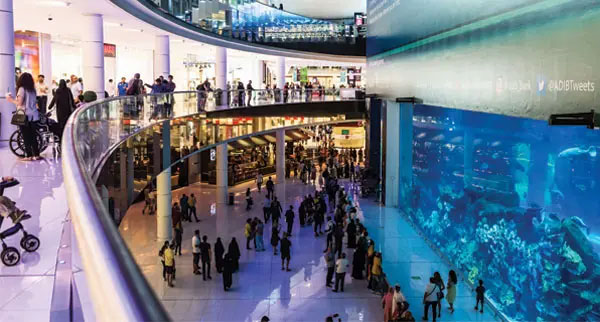 For clients into their malls, Dubai takes the crown, and top of the list is the Dubai Mall, boasting no fewer than 1,200 shops spread across a whopping 1.1 million square miles. Add to that the Mall of the Emirates (housing 500) and Dubai Marina Mall, and you have a shoppers’ paradise. 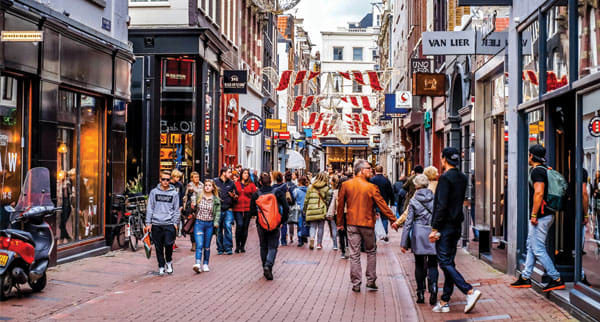 Battling with the likes of Milan, New York and London in the fashion capital stakes, Paris has pretty much everything – haute couture around the elegant Triangle d’Or, trendy boutiques along the glitzy Rue de Rivoli, mainstream chains at the indoor Forum des Halles, and eccentric finds around the Latin Quarter.

“Battling with the likes of Milan, New York and London in the fashion capital stakes, Paris has pretty much everything.”

That’s before we even get to the world-famous Champs-Élysées, the iconic Le Bon Marché (think Paris’s answer to Harrods) and the even swankier Galeries Lafayette, where windows turn in to all-out, sparkling Christmas shows come the festive season. Then there are the flea markets of Saint-Ouen, art shops around the Sacré-Cœur, book stands lining the Seine… Need we go on?

Book it: Three nights’ B&B at the three-star Appia La Fayette (near Montmartre) costs from £389 per person based on two sharing with Jet2CityBreaks, with flights from Leeds on March 22.
jet2holidays.co.uk