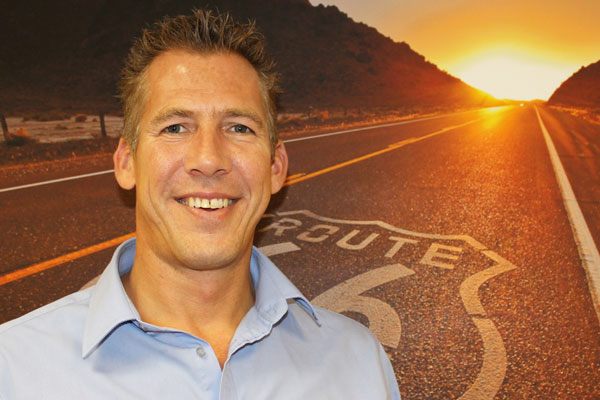 People will always travel, so rise to the challenge! says Richard Hanson, managing director of TrekAmerica and Grand American Adventures

The one certainty about selling travel is the uncertainty. As an American living in Europe and working in travel, we’ve been through a lot together. Just when you think we’ve seen it all, lady luck seems to though us another curveball out of the blue.

Right now, there’s enough uncertainty in the air for everyone. Most have faced the challenge of natural disasters over the years – for us North American specialists, it’s hurricanes, blizzards, tornadoes and California’s wildfire season, but recently we’ve had turbulent political and financial times to deal with as well. The value of the Pound has dropped 25% over the past five years, and there is this whole matter of Brexit to cloud already muddy waters. There were even rumours of advice not to book your summer holidays due to risk of ‘No-Deal’!

Each country or destination presents its own set of challenges for those who operate in that region. Right now, ours is the negative sentiment associated with certain political figures not to be mentioned. Last summer there were headlines proclaiming the ‘Trump Slump’ in US visitor numbers.

Even our glorious national parks – which we once proudly boasted were a ‘politics free zone’ – have been swept up in the power struggle. Even these tranquil oases of peace and natural beauty have been hijacked as one of many political pawns.

But we will weather this storm, as we have before. I’ve been working in travel for the better part of 20 years and recall the dramatic effect of 9/11 and the 2003 war in Iraq, with Swiss students burning an America flag outside a travel agency in Bern. I’ll never forget the morning when one agent even told me she was refusing to sell America as a form of political protest and economic boycott.

Don’t get me wrong, I’m grateful for the relative safety and stability of our core destination and realize some operators (let alone the local populations) have it much, much worse. I’m also thankful that memories are mercifully short, travel seems to be a particularly resilient industry, and the United States is still one of the most popular destinations on earth.

When faced with challenge or uncertainly, it might be easier to search out lower hanging fruit, but I still wouldn’t trade our North American specialism for the world. Our laser focus on core destination and product is what makes us strong, makes us experts, and makes us stand out. Who wouldn’t want an expert at the helm when navigating troubled waters?

If there’s anything we’ve learned over the years, it’s that there is always a bounce. Six months from now, we could be faced with a very different reality. Ever the optimist, I see a future of more certainty and stability, strengthening of the pound and a very real possibility of regime change across the pond…and with it, a travel bonanza back to the States. At the end of the day, it’s not a matter of if, but when your clients will visit the States, and we’ll be there to welcome them back!