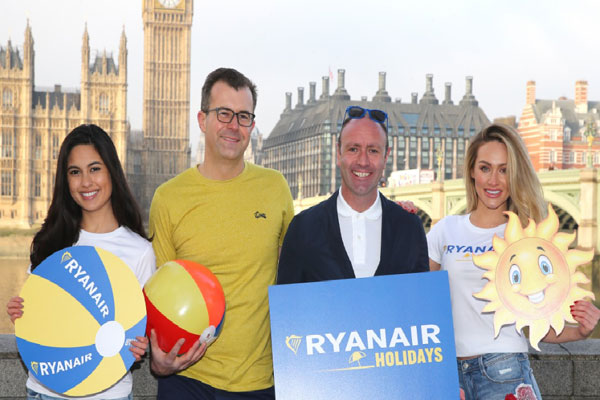 Ryanair has dropped its Ryanair Holidays brand but has declined to say why or whether the package holiday service will resume.

The carrier confirmed Ryanair Holidays has closed but would not say when and referred all queries to the company website where a statement says merely: “Ryanair Holidays is discontinuing its service.

“It is no longer possible to book a package on Ryanair Holidays. However, all previous bookings are unaffected and will be fulfilled as planned.”

The announcement is available in German, Spanish and Italian as well as English, reflecting the markets in which Ryanair Holidays operated.

Ryanair has given no details of how many holidays it sold or how many bookings are outstanding.

Yet in 2017 the carrier claimed Ryanair Holidays would become “a meaningful part of the business” and a step “on our journey to become the Amazon of travel”.

Ryanair’s most recent half-year results statement made no mention of Ryanair Holidays. However, the carrier routinely offers no breakdown of ancillary revenues, which comprised 28% of the total in the airline’s last full financial year.

The airline launched Ryanair Holidays in December 2016 claiming it would target the package market across Europe with “Aldi-style discount holidays”.

Yet it was pulled at the end of January when Ryanair accused technology provider Logitravel of screen-scraping its site and re-selling its air fares.

It promised three, four and five-star hotels in packages “with full consumer protection” and launched in the UK, Ireland, Germany, Italy and Spain

He declined to give numbers but said: “We’re getting all this flights business. If we upsell 10% to package holidays, it’s extra margin.”

At the time, Ryanair was carrying 120 million passengers a year. This year it expects to carry 140 million.

Jacobs asked: “How many millions of our customers head to the sun on holiday? Even a low single-digit proportion of that is interesting financially.

“We will incentivise customers to book with us. More and more customers will buy holidays from us.

“If you book a holiday, we’ll give you a credit for flights. We’ll put a travel credit in your MyRyanair account to try a holiday. We’ll incentivise customers into Ryanair Holidays and Ryanair Rooms.”

However, he acknowledged: “It will take a bit of time because you have to change consumer behaviour to get people saying, ‘This is a holiday booking website where I can book an entire holiday’.”

The carrier blamed “lower than expected air fares” as a result of short-haul overcapacity in Europe.

This followed a previous profit warning in October. The airline noted: “We cannot rule out further cuts to air fares and/or slightly lower full year guidance.”

Ryanair’s third-quarter results are due to be announced on February 4.