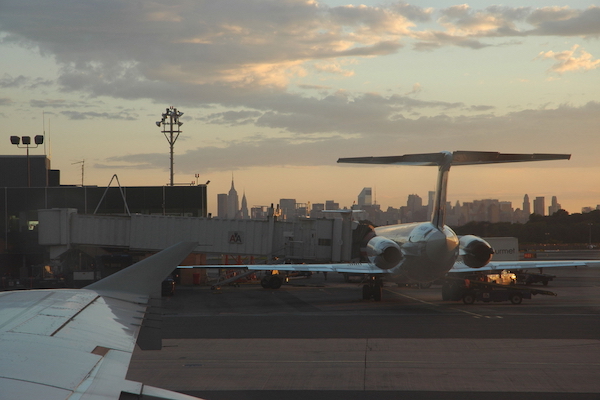 The longest US government shutdown in history means that controllers are currently working without pay.

Flights were halted shortly before 10am local time (3pm in the UK).

The move comes one day after a warning was issued by air industry unions about the risk to public safety.

“In our risk averse industry, we cannot even calculate the level of risk currently at play, nor predict the point at which the entire system will break. It is unprecedented,” said the statement issued by presidents of the US National Air Traffic Controllers Association, Air Line Pilots Association and the Association of Flight Attendants.

About 800,000 employees have been working without pay, or have been temporarily laid off, since part of the federal government shut down due to lack of funding 35 days ago.

President Donald Trump refuses to approve any new funding agreement that does not include $5.7 billion for his wall along the Mexican border.

US media report there have been delays to flights at several other airports.

In a statement, the Federal Aviation Authority said a “slight increase” in sick leave absences at two air traffic control facilities had led to the schedule changes, which it said was to ensure safety levels.

It has advised the public to check with airlines for more information.

About 30 million passengers use LaGuardia airport every year.

Picture of LaGuardia by Shutterstock.