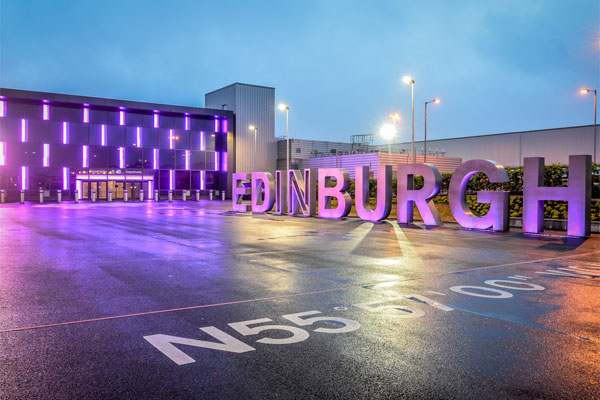 Reluctance by the Scottish government to act on Air Passenger Duty is restricting the ability of Edinburgh airport to attract new airlines.

The concern was raised by the Scottish gateway’s chief executive despite the airport reporting a strong start to 2019 with passengers up 10% year-on-year to more than 920,000.

Chief executive Gordon Dewar said: “Clearly growth is a positive, but we cannot afford to settle for where we are – we must be outward looking and attract more new airlines and destinations, something which is being restricted by the reluctance to act on APD.

“We have to remain competitive and seize on all available opportunities, especially as we wait on clarity around Brexit.”

Growth was recorded last month in both the domestic and international markets at 10.4% and 9.6% respectively.

Top destinations included points in Poland plus cities such as Riga, Madrid, Dusseldorf, Stuttgart and Barcelona

Eleven new routes are due to open this year, including American Airlines to Philadelphia in April ad Delta Air Lines to Boston in May.

“To see growth in both our domestic and international market is encouraging and is a great way to start 2019, especially just after we recorded our busiest ever year,” said Dewar.

“The international and domestic routes we delivered last year are proving popular and we have announced further new routes this year which we are confident will maintain our strong numbers.

“We are also seeing additional frequency being added to routes such as Doha with Qatar Airways and Istanbul with Turkish Airlines, a clear sign of confidence in Scotland’s busiest airport.”