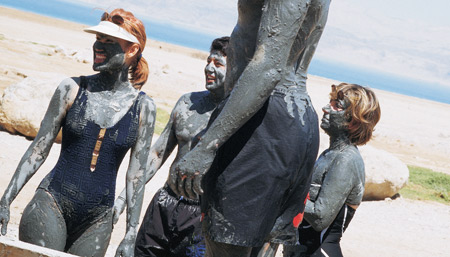 In the past British visitors went for a dip in the Dead Sea as a novel addition to their holiday, but operators report that clients are becoming more aware of Israel as a spa destination in its own right, with some booking dedicated spa packages of up to four nights.

Superstar Holidays manager Charlene Blake says: “Almost every hotel in Israel that opens, or has been renovated, includes a spa. Even three-star properties are including some spa facilities.”

As Israel is a relatively small country – it takes seven hours to drive north to south and only one hour from east to west at its shortest point – it’s easy for clients to go on excursions to the Dead Sea, which can be pre-booked through some operators. Day trips are offered from Tel Aviv, a three-hour drive away, Jerusalem, just two hours away, and from the country’s Red Sea resort, Eilat.

At one time Israel’s spas were DIY affairs, where visitors plastered themselves with mud by the Dead Sea. While public spas such as the one at Ein Gedi are still popular, the last decade has seen huge growth in spas at mid to high-end hotels.

Many can be found at Ein Bekok, a good base for those who want to stay in the region for a relaxing spa break coupled with some sightseeing.

In addition to traditional spas with Dead Sea water pools, there are Asian-themed spas, offering holistic therapies for the mind, body and soul, and sporty spas that provide a combination of treatments and exercise. Spa menus range from indulgent beauty treatments, such as honey aroma moisture treatments and milk baths, to Dead Sea mud facials and body wraps.

Other notable spas include the Mineralia spa at Le Méridien Dead Sea in Ein Bekok. The extensive spa is said to be the largest in the Middle East, with 25 treatment rooms, two Dead Sea water pools and two large swimming pools. It offers a variety of dedicated packages, ranging from one to 11 days.

Currently, British visitors holidaying in Eilat have to connect in Tel Aviv but this winter Isrotel is launching charter return flights from Luton to Eilat between December 13 and April 12, 2010.

The new Isrotel Sun Express flights can be combined with seven or 15 night stays at any Isrotel property in Eilat and clients wanting to visit the Dead Sea can book a seven-day package at its newest hotel, the Isrotel Dead Sea Resort and Spa on a half-board basis, including transfers to and from Eilat.

Page and Moy and singles holiday specialist Just You include a visit to the Dead Sea as part of their Holyland tour packages and other operators, including Superstar and Longwood, offer Dead Sea excursions.

Israel is being featured for the first time in Kirker Holidays’ latest North Africa and Middle East brochure. The brochure dedicates a double page to Israel and includes Dead Sea packages. Kirker can also tailor-make short breaks to the Dead Sea.

Agents can also book tours through Attraction World, which offers four excursions to the Dead Sea. These include a day at the Ein Gedi spa, with hotel pick up in Tel Aviv, for £56 per person and a day in the Judean desert with a visit to the spa for £70, also from Tel Aviv.

Superstar Holidays offers a three-night spa break at the Oasis Dead Sea Hotel from £388 per person bed and breakfast in January 2010, including flights. Transfers are available on request. superstar.co.uk, 020 7121 1500

Longwood Holidays offers seven nights at the Isrotel Dead Sea Resort and Spa from £899 per person half-board next February, including flights and transfers. longwood holidays.co.uk, 020 8418 2514